Stance: Summon a sword of pure light and immense power.

Exalted Blade is a unique Stance exclusive to

Exalted Blade that can only be acquired and used by activating

Exalted Blade. This Stance overrides the Stance on any currently equipped melee weapon for as long as Exalted Blade remains active. 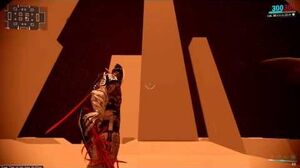