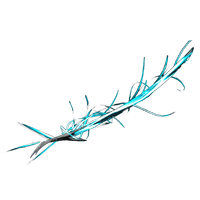 Excalibur Umbra's signature Exalted Weapon, which can only be used upon activating the ability of the same name. The weapon exclusively uses the Exalted Blade stance.

Exalted Blade is a unique Stance exclusive to

Exalted Blade that can only be acquired and used by activating

Exalted Blade. This Stance overrides the Stance on any currently equipped melee weapon for as long as Exalted Blade remains active. 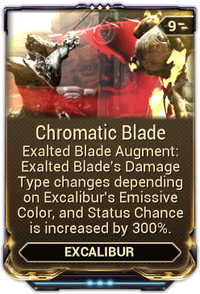 Chromatic Blade is a Warframe Augment Mod for

Exalted Blade's status chance while changing its damage from physical damage to a primary elemental damage, depending on Excalibur's chosen primary emission color.