This weapon's blueprint and components can be acquired from Void Storm missions in Earth Proxima, Venus Proxima, and Saturn Proxima. All parts can be traded between players. 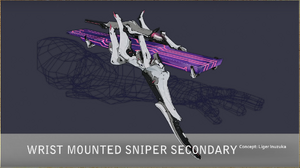