While the Bolto is the active weapon, Entropy causes affinity gained by Bolto to fill a special meter. Once the required amount of affinity is acquired, the weapon discharges a radial explosion dealing 1,000

Magnetic damage to enemies around the player, restores 25% of maximum Energy, and temporarily increases the maximum Energy by 25% of the Warframe's base Energy amount. 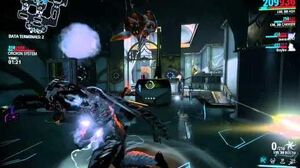 Thunderbolto!
Retrieved from "https://warframe.fandom.com/wiki/Entropy_Spike?oldid=838698"
Community content is available under CC-BY-SA unless otherwise noted.