Elite Lancers are the Elite counterpart of the Grineer Lancers, and are found replacing the latter in mission levels 15 and up. Unlike the typical Lancers, they wield

Hinds with a much higher damage than the regular

Grakatas, as well as a high chance of

Slash procing targets. Their armor is not only doubled in amount, but replaced by more resilient Alloy Armor compared to normal Lancer's Ferrite, the same armor heavy Grineer units often incorporate. They also have a slightly different helmet design, appearing to have a hood.

The standard Hind-wielding variant has 37.5% of their damage being

Slash and has decent status chance; a large part of their threat to health comes from their occasional 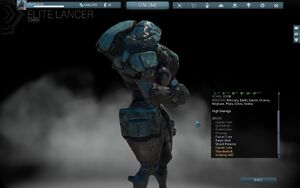 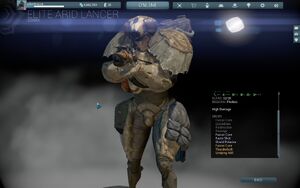 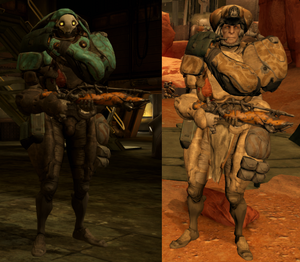 Comparison between Elite Lancers in space (left) and in Settlement (right) as of Update 10.3 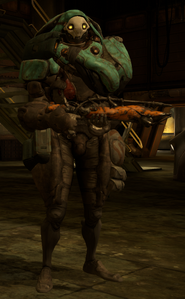 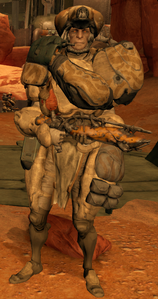 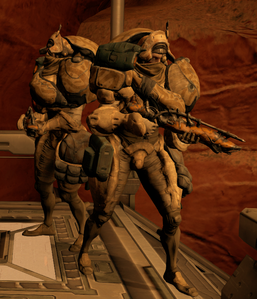 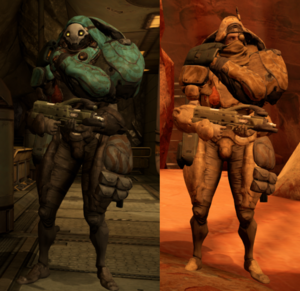 Comparison between Elite Lancers in space (left) and in Settlement (right) before Update 9.6 with Burston 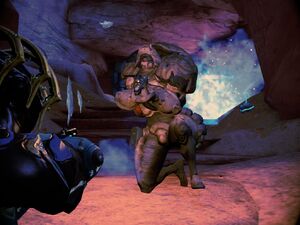 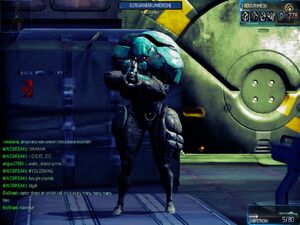 An Elite Grineer Lancer. Be careful, they're ELITE! 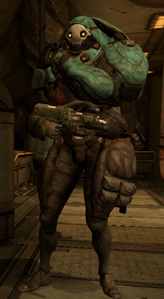 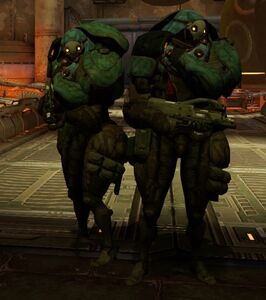 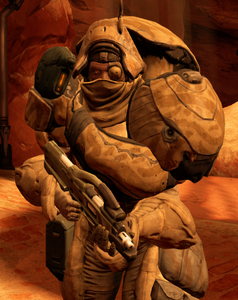 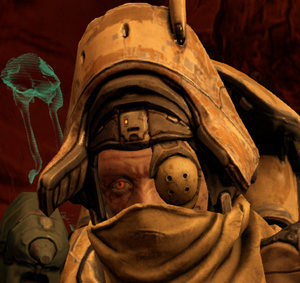 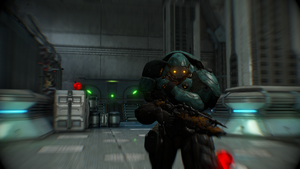 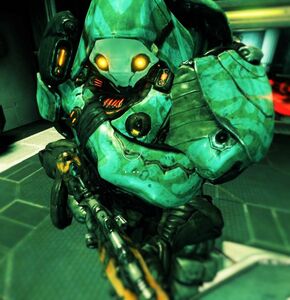