https://www.warframe.com/droptables
CODEX
A lost soul. Part energy, part physical shell, these Sentient remnants seem to have a symbiotic relationship with the much larger Eidolons.

Eidolon Vomvalysts are spectral Sentient creatures firstly found roaming in the Plains of Eidolon at night. Another Vomvalyst variant, simply called "Vomvalyst", can be encountered on Veil Proxima inside of Murex ships, spawning from unique pedestals, similar to Immunodes. They possess 2 forms: a default physical form and a ghostly energy form to which they switch when they have taken too much damage. 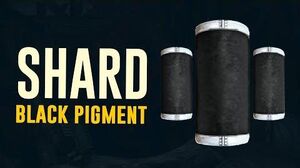