Strata
Earth has been long abandoned due to its toxic atmosphere. It is now overgrown with mutated jungle structures that have devoured most of the prior signs of civilization. Infestation and roaming wildlife still inhabit its surface but anything of value was stripped by scavengers generations ago.
—Earth Fragment
Like most living organisms, the Grineer require water to survive. Beneath Earth's towering forest canopy are rich reserves of fresh water that the Grineer have fought hard to maintain for many years. Evidence of their long-standing occupation is found among their many outposts that have been taken hold by giant roots, moss, and other layers of vegetation over time.
—Earth Settlements Fragment

Earth (also referred to as Ancient Er by the Ostrons) is a planet that has been mostly abandoned, its surface largely overtaken by a large, mutated jungle structure. The

Grineer have taken control over this planet, intending to poison the forest and build their empire over it. It is the first planet players can access, and is linked to Mars and Venus Junctions. And once the player has completed The Second Dream quest, Earth will then be connected to Lua as well.

Earth is the only planet to feature the Grineer Forest Tileset. Every four hours, the forest tileset will change from day to night, mimicking the day cycles in real life. The change will feature different vegetation that can be scanned for extracts that are used to craft Antitoxins, Apothics and medical regeneration packs, with Sunlight variants during the day and Moonlight variants at night.

The Assassination Target for Earth is Councilor Vay Hek, located in the mission node Oro. Unlike the nodes of bosses on other planets, his node is not able to be accessed until the player is of Mastery Rank 5, which requires progressing way further into the solar system but doesn't require defeating him either. Vay Hek drops the component blueprints and parts of the

Earth also features a Landscape: the Plains of Eidolon. Rather than featuring a jungle like most of Earth, the Plains consists of a wide, open terrain containing the remains of an ancient battlefield and the ruins of an enormous Sentient. Nearby is the Ostron Town of Cetus, a player hub which is home to the Ostrons, a colony of peaceful merchants and also an access point to the Plains.

The secret Steel Meridian enclave known as Iron Wake is also located on Earth, becoming available through the completion of the Chains of Harrow quest. Palladino can be found there.

The space around Earth is a playable area in the Empyrean gamemode, featuring its own Grineer enemies. It is called Earth Proxima. 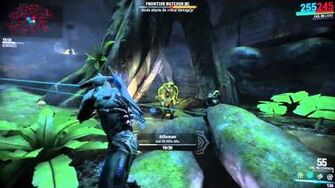 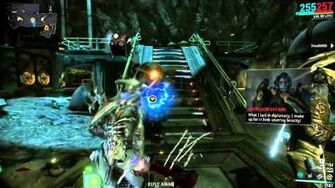 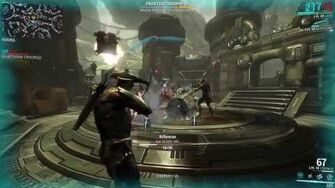 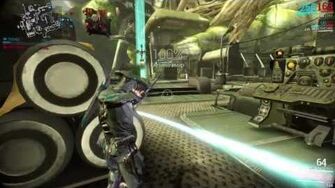 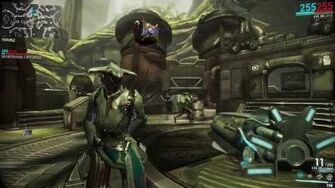 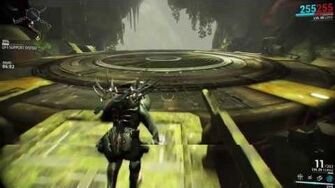 Return to Warframe’s first planet with a completely new look. Earth Remastered offers improved volumetric lighting, a conversion to PBR materials, and a new vegetation system, which create a mood and atmosphere far more advanced than the original January 2014 update did.

The new lush forests of Earth are yours to explore. This Update turns the formerly good-looking planet into a stunningly lush, beautifully lit, alive, organically structured environment.