Dual Kamas Prime
CODEX
Wielding a Kama in each hand brings a savage amount of slash damage to bear against your enemies.

The Dual Kamas are the dual wield version of the 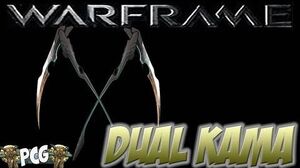 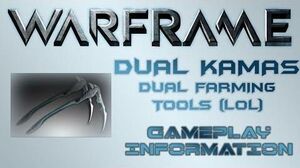 Retrieved from "https://warframe.fandom.com/wiki/Dual_Kamas?oldid=2035833"
Community content is available under CC-BY-SA unless otherwise noted.