The Devs are back on the couch with another behind-the-scenes look at what’s coming in the world of Warframe.

What’s to come? The Glass Warframe? Plains of Eidolon? A new and improved Arcane System? You bet!

Learn about these new developments and more in the full stream on our YouTube channel:

Those of you looking for the TL;DW version, keep on reading below.

The Gift of the Lotus, and Design Council created Challenge Alert are live on all Platforms for 24 hours!

On top of fishing, we’re adding a prospecting system with the Plains of Eidolon where players will be able to acquire Gems. These Gems can be refined and added to the Balances from Hok’s Anvil as their own exclusive set of Plains of Eidolon Arcanes. If you want more information about the custom weapon system coming with Hok’s Anvil, you can read about it in the Devstream #96 Overview here.

Here’s some early concept art of the Gems: 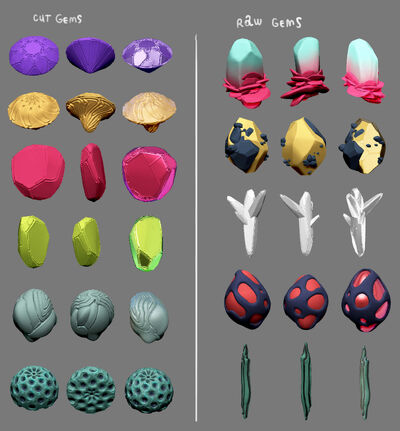 Here’s a final mock-up of what they’ll look like in the Balances: 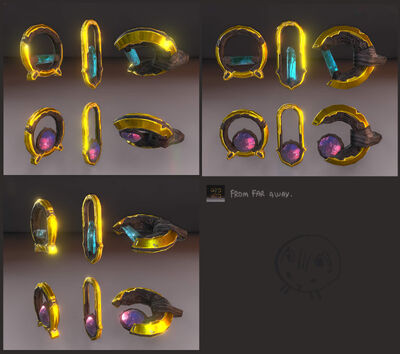 These Gems are one small part of a larger Arcane rework, where we are looking to give players new ways of obtaining them and using them. Trial Arcanes will still exist, but we are looking to add more ease-of-use features to the existing Arcanes.

An exclusive set of Operator Arcanes are coming as well.

At the time of writing, there are 3 Deluxe Skins we have revealed on-stream that haven’t been released yet: Mag, Ember, Zephyr. We figured we’d give you an update

Here’s a look at our progress on the Mag Deluxe Skin: 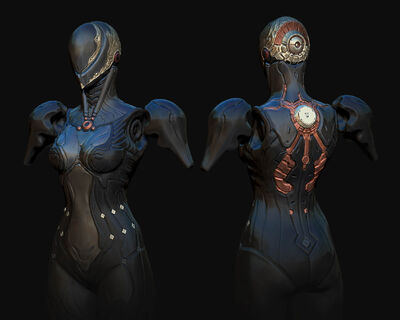 Nekros is getting his own Deluxe Skin, hopefully this year.

Her acquisition will be tied to the Plains of Eidolon somehow.

Here’s a look at her customization and model in-game. The glass tints aren’t set up yet! https://clips.twitch.tv/LovelyCrazySnoodHumbleLife?tt_medium=clips_api&tt_content=url

In reference to the recent changes to Hydroid, there are no plans on changing the existing kit synergy or adding new Abilities. We’re still open to making tweaks and revisions, so please feel free to share any feedback you have with us!

Hydroid Prime is coming soon! You can see Reb show him off in the Arsenal and take some Captura shots with him here.

Retrieved from "https://warframe.fandom.com/wiki/Devstream_97?oldid=2064628"
Community content is available under CC-BY-SA unless otherwise noted.