This week’s Devstream sure was a Harrowing one! Get all the news about Harrow, multiplayer Captura, a new Grineer enemy and more in Devstream 92. If don’t want to miss a single detail, be sure to catch all the action on our YouTube channel:

If you want to reap all the benefits of the timestamp person on YouTube but in writing form, we’ve listed all the highlights of the stream below:

The Devstream missed some details, let’s dive into Harrow. He will be coming with an Alt Helmet and the first Secondary Weapon with a scope, which gives you more benefits the more headshots you land.

What you really care about are his abilities, so let’s get right into it. You can watch the full segment about Harrow here.

Ability 1: Creates a ray that chains enemies, leaving them open for headshots, which synergizes with his kit. You obtain shields for each enemy hit.

Ability 2: Casting sacrifices your shields, gaining a buff that lasts longer the more shields are sacrificed, in exchange for reload and fire rate buffs. While it’s active, you will also heal allies in affinity range for a percentage of damage dealt.

Ability 3: Casting spawns a spectral thurible, which grants you energy for every headshot you get within its range. The longer you hold 3 down, the more energy the ability costs but the more energy you’ll make back per headshot kill.

Ability 4: Casting makes you invulnerable for a short duration. Once the invulnerability ends, you will gain additional critical chance on headshots. The more damage prevented in the first phase the larger the damage bonus will be.

Below is a gif of his 1 and 3 working in tandem:

More Grineer enemies are coming, as part of an ‘Elite Chemstrike Unit’. They use chemical attacks, which has negative effects on their flesh. He’ll be getting his own custom voice and will have smoke effects in his helmet to help hide his… wonderful face.

Are you ready? Take a look: 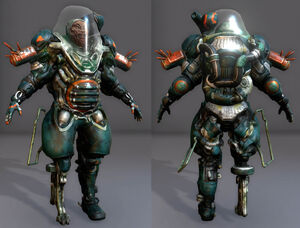 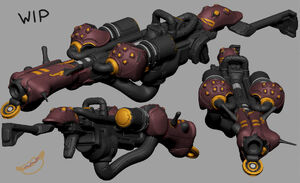 Host controls time, clients can snap pics and alter lighting still. Yes, you will be able to access Captura Rooms that you do not own if the Host has it and takes you there. 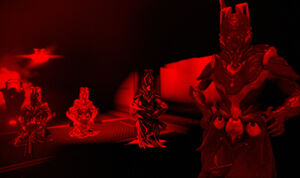 We demoed the Chat Filters this Devstream, showing off how you can set personalized filters per channel. Here’s a quick gif of it in-action:

A new web comic is coming with Harrow’s release, and will be related to his Quest. It will be twice as long as the previous web comic. Here’s a quick work-in-progress tease of the first page: 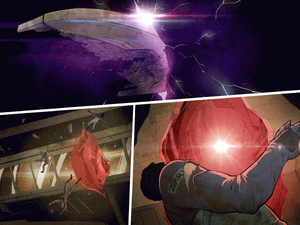 Your Armor and Syandana will soon use separate colour channels!

As a follow-up to this new feature’s reveal last Devstream, we showed some very work-in-progress ideas on what could come with Melee and Sidearm system. We are committed to doing the Glaive and sidearm for sure, but the shown Machete and discussed expansion may not ship for quite some time. 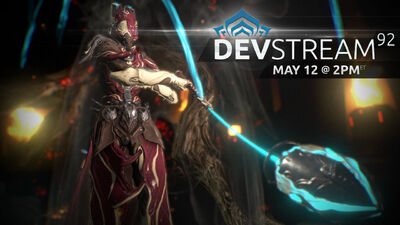 What: A Harrowing Devstream approaches… viewers will be the first to see Harrow gameplay! Want to see the thirty-third Warframe’s powers in action? Tune in! We’ll also be doing Q&A and sneaking in a few other demos. Don’t miss it.

When: Friday May 12th at 2 p.m EDT (convert here: https://www.worldtimebuddy.com/)

If you have questions for us please post them below! This thread closes at 10 a.m on Friday, May 12th.

Retrieved from "https://warframe.fandom.com/wiki/Devstream_92?oldid=1842451"
Community content is available under CC-BY-SA unless otherwise noted.