Back on their bi-weekly schedule, the Devs brought another stream packed full of reveals – some of them game-related, some of them TennoCon-related.

Catch all the shenanigans (including more in-depth conversation about the topics in this overview) in the full stream here:

If you want to CTL+F your way through the content of this episode – or if you can’t handle a Steve-less stream – read on in our overview below.

TennoCon is only 70 (-n) days away! You can join us for a day full of Warframe fun on July 8 in London, Ontario, Canada. Collector’s Tickets are almost sold-out, so be sure to get yours before they’re gone to get the following exclusive swag:

Lucas Schuneman, who lent his dulcet tones to Tyl Regor and Nef Anyo, will also be in attendance!

Baro Ki'Teer will be bringing his entire inventory to the Exclusive TennoCon Relay, accessible to those with a TennoCon Digital Pack!

Buy tickets and get full details about the panels, workshops, activities (including a one-of-a-kind Escape Room), and more here!

The 33rd Warframe has a name: Harrow! If you missed his reveal in Devstream 90, here’s what he looks like:

Like with Octavia, his release with come with a web comic that ties into his Quest. Below is one of the characters from this comic: a Tenno before they become an Operator. 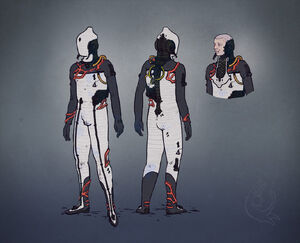 If you missed the What Remains comic, you can read it here.

Some changes are coming to Trade Chat to help you better find what you’re looking to buy! You will be able to Include and Exclude terms to make sure you only see what you’re interested in.

There is currently no ETA on when this will roll out.

The Clan Operation that is (hopefully) coming next week to PC will being the Ambulas rework, as well as a new way to redeem Clan Event rewards!

Instead of just earning points, players will also earn Animo Nav Beacons that will be used to purchase specific rewards from Ergo Glast. You will earn more Beacons on higher difficulty missions, if you think you can handle it.

If you want a detailed look at the offerings (stats aren’t final), we have a handy Twitch Clip for you here: 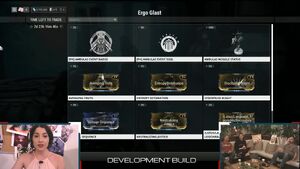 A Vandal Weapon can also be acquired upon completing the last leg of the Event. It is not in Ergo Glast’s Offerings!

“It’s due for a giant smash”

There is currently some things in the works that we’re hoping to release the new Focus System with when it drops. Our goal is to ensure that it supports what currently exists for Focus (with The Second Dream and The War Within) and the content to come.

Sorry we can’t say more, details will be revealed at TennoLive, 70 days from now!

More customization for Focus and Operators will be coming with this new system as well.

For the full cryptic conversation, you can watch here.

We’ve shown the coming Earth Remaster plenty of times, but here’s what it looks like when Lua is out! This will be released with an Event but not the Ambulas one slated for next week.

With this remaster, we’re adding some new (aggressive wildlife) to help you really feel at home on Earth. The bird from Devstream 20 will finally make its debut in-game soon! 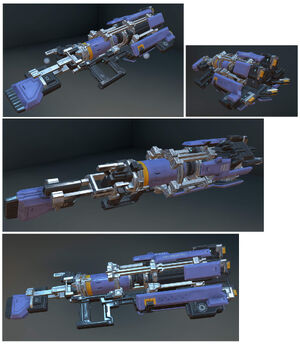 We revealed a new Fan Weapon during our Pax East stream! If you need a reminder of what it looks like, click here. A stance is being made for it, which will be coming with custom finishers and charge attacks as well!

The Kingpin Clan System is still being worked on. We’re looking at ways to add custom and interesting new enemies. Currently, we’re prototyping ways to use existing assets and mix them together to get a variety of enemies, to help them stand-out in missions!

What: We have big news to share about TennoCon (get your tickets before they sellout at www.warframe.com/tennocon). See some digital swag, learn about who will be there and what you can participate in, and more! Viewers of Devstream #91 will also get a look at some work-in-progress changes and features, as well as learn the true name of the ‘Priest Frame’ (it’s not Bobo, obviously:().

When: Friday April 28th at 2 p.m EDT! Convert at https://www.worldtimebuddy.com

If you have questions for us please post them below! This thread closes at 10 a.m on Friday, April 28!

Retrieved from "https://warframe.fandom.com/wiki/Devstream_91?oldid=1839796"
Community content is available under CC-BY-SA unless otherwise noted.