Hey Tenno! The first Devstream of 2017 made us take a hard look at our Warframe Resolutions for this year, and let us give you an idea of what to expect in the coming months. There’s a lot to cover, so let’s get right into it.

If you want to see the shenanigans live and catch all the little details that aren’t covered here, be sure to watch the stream. Minutia isn’t your thing? Be sure to read the TL;DW version down below.

We officially have a date for TennoCon 2017: Saturday, July 8! Save the date, Tenno!

More details will be to come on Hotel and Ticket pricing, so stay tuned. http://warframe.com/tennocon

For those not in the know, the Hema is a Clan-researched weapon that was requires a lot of Mutagen Samples to obtain. After listening to all of the community feedback on this issue, we are leaving the cost as-is, but we’ll be revisiting how Mutagen is accessed overall in drops.

We do want to continue the trend of making the odd weapon require some hunting at launch, especially for Clan Tech, but we will be cognizant to not go this extreme in the future.

The cure for the Helminth Cyst will be implemented soon — maybe even next week. Since it involves slight spoilers for The Glast Gambit, if you want to see how this will work, you can view it here. For those of you who love the throbbing pink pustule (we don’t judge), you will be able to re-infect yourself in an upcoming new system.

The Helminth Charger will be getting a rework, as the current model is placeholder. Below are rough WIP concepts of potential new looks. 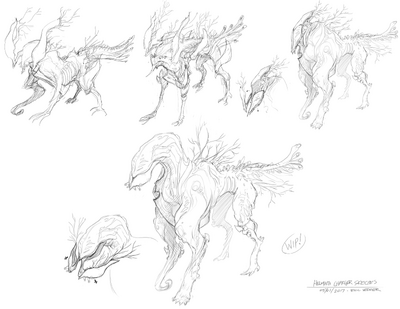 The Bard Warframe is next to come in the Development schedule. Will be more like Vauban will a lot of deployables. Her Step-sequencer will be tied to each ability, so you can layer them. Below, you can see her idle will tap to the beat of the music that you create, and it will change dynamically with the tempo that players create with her.

If you want to see how she looks in-game with her updated color scheme, you can watch it here.

We are looking to add a weak point to Nullifiers that will make it easier for precision weapons to take them down. The main goal here is to make different play styles more viable for end-game play, so that Nullifiers aren’t preventing bow or sniper lovers from taking their favorite weapons into battle.

It’s hopefully coming to PC sometime next week! His Deluxe Skin will also be bundled with a thematic sword, but we’ll keep that a surprise for you all. Here is a quick gif of his model, but you can watch him in all of his glory at this time stamp.

Our look at Damage 3.0 has changed to focus more on different enemies that require more skill (rather than raw power) to take down. We all know you love to squash minions, and we don’t want to remove that aspect, but rather add more challenge to it with other kinds of foes. There are certain aspects of the existing system that might be changed, but removing mandatory damage Mods does not appear to be our plan for the future.

To hear all that Steve has to say about it, you can watch here.

As an expansion of the Sentient faction, a new class of weapons will be coming that will have different skill and ammo requirements that will modulate damage in interesting ways. Concept art of the first iteration of these weapons was revealed at PAX East, and today we showed it off in-game.

Prepare to ARM yourself with this gear in the future!

Like the Shipyard tileset, Earth is next in line to get the remaster. Look out for better vegetation and volumetric lighting. 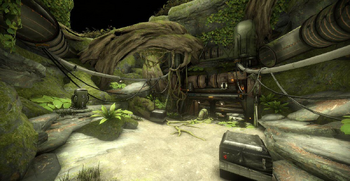 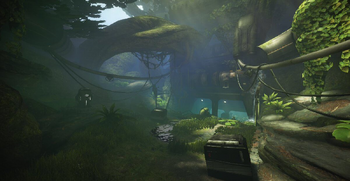 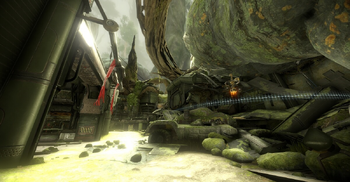 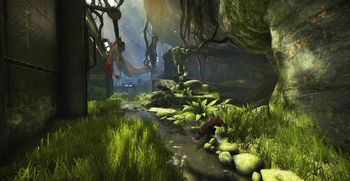 Our Tennobaum gifting event ended this week with incredible results. With your help, we are donating $50,000 to the Boys and Girls Club of London. Thank you all for participating!

You can see the leaderboards and learn more here

Join us this Friday, January 6th for the first Devstream of 2017: Devstream #85!

Who: Rebecca is joined by a crew of freshly rested Devs!

What: We're going to start the year off by getting right into the Devstream rhythm! We'll have some new content to show, some 2017 plans to discuss, and 2016 to review! Don't miss out, we'll be announcing a big community item during the stream!

Retrieved from "https://warframe.fandom.com/wiki/Devstream_85?oldid=1551015"
Community content is available under CC-BY-SA unless otherwise noted.