Welcome to our Devstream 71 Overview, where we take a look at our latest developer Livestream to cover those awesome details you may just have missed! Devstream 71 had a lot of exciting things to show, but two of the biggest announcements came in the form of some excellent in-game demonstrations: Mag's Ability rework and our upcoming audio FX improvements.

Although we're definitely going to give you the rundown here we highly recommend checking out the work in progress as it was shown live via our Youtube Channel. Our sound team's new audio features are really going to make a huge difference to Warframe's immersive action, and it's really exciting to see it all come together in real time.

Otherwise, if you're looking for just the facts here's what you need to know:[1]

We unfortunately don`t have any new information to share on Excalibur Umbra, but we know you guys are still clamoring for him! We`ll provide more details as to his arrival the moment we have more details on his release.

We have a new premium theme that will be available for PS4 Tenno! It looks incredible, and is being released for CERT for approval soon. 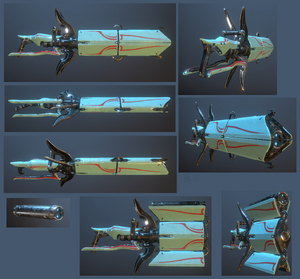 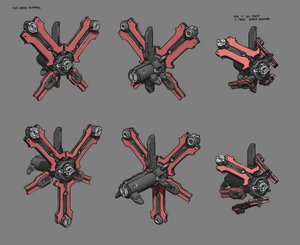 We know there are still some changes that need to be made to Convergence, including some alteration to Convergence drops spawning in locations that are out of the way of Mission objectives. More improvements are on the way to help make Convergence a bit more reasonable for every Mission type.

We like the idea of introducing new weapon-specific buffs, and you'll start to see more weapons that have unique bonuses in combat in addition to their normal damage. There's definitely an interest in revisiting older weapons to give them an extra bit of pizazz, we just need the time to do it.

Multiple changes are being made to Mag to help give her Abilities more synergy. A friendly reminder, these adjustments are definitely still a work in progress and are subject to further changes.

Dark Sector's redesign are still a work in progress, but we do have some details we would like to reiterate:

Join us this Friday, March 18th for Devstream #71!

Who: The usual crew is back on the couch!

What: We'll be talking about and demonstrating our WIP prototype for Mag's ability rework, as well as taking general Q&A! We have some cool new game sound features to listen to, so join us with your ears at the ready!

This thread closes at 10 a.m. on Friday, March 18th! Get your questions in!

Retrieved from "https://warframe.fandom.com/wiki/Devstream_71?oldid=1274399"
Community content is available under CC-BY-SA unless otherwise noted.