PC 18.5 is getting closer, which means Devstream 69 is the perfect time for the team to give a peek behind the development veil! Don't worry, everyone's decent.

This week we took a look into some of the new enemies and mechanics that will be featured in Update 18.5, including some incredible Kavat animations and a serious upgrade to lighting and smoke FX. If you happened to miss all the action as it happened live you can still watch Devstream 69 on Youtube. There's a lot of excellent in-progress footage that's shown off, so we highly recommend it!

Otherwise, let's get down to business.

TennoCon is happening! We're still a little light on details for now, but be warned that our first ever all-Warframe celebration will be taking place July 2016 in London, Ontario. Stay tuned for more information in the near future!

In celebration of the 100th built Oberon by SmallSabba[2] we're revealing a sneak-peek into our next upcoming Deluxe Skin:

We don't have too many details available but we do have a rework that's being developed for Mag's Abilities. More info into this polarizing rework should be available on our next Devstream.

Kavat development has been ongoing, and we're making excellent progress on their animations! Our goal is to have these adorable but deadly creatures available on PC in Update 18.5. Be sure to check out Devstream 69 on Youtube[3] to see some of these in-progress animations in action.

Several updates are planned to help improve the overall quality of life in Warframe, including but definitely not limited to: 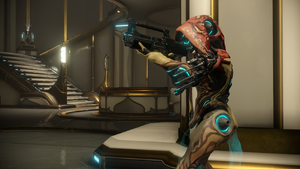 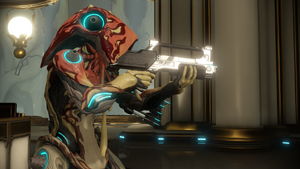 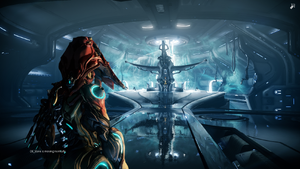 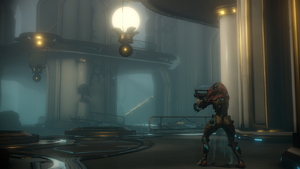 Moon tileset improvement includes pre- and post-Void collapse versions of the Moon. This new tileset will have players moving between the past and present in a lot of exciting and creative ways. 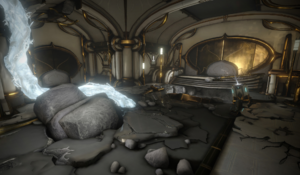 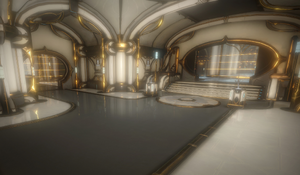 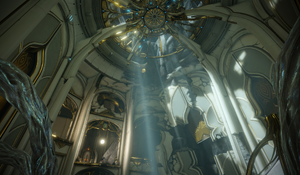 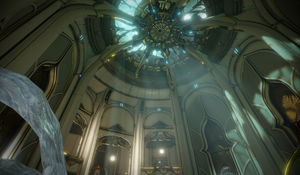 We're always looking to improve synergy and end game viability on Warframe Abilities, and we've already made a few big changes to help some Warframes scale better against high level enemies. Players can expect to see more changes to help bring up all Warframes to the same level, and we'll make sure to let you know who we have in mind as these improvements continue to roll out.

It's still too early to talk about, but our Dark Sectors it will be making a return with some major changes. This new Dark Sector will encourage co-operation and competition between Clans in a way that all players can participate. Expect more information as we get closer to a Dark Sector re-release in the future.

Operators will be receiving some exciting new facial animations and skin shading FX that should help to improve immersion in Missions with more expressive Operators. 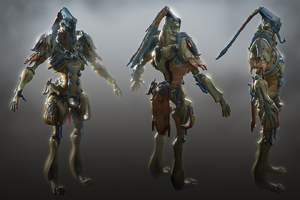 Our yet-to-be-named Mummy Warframe is looking good! We've been working hard to tweak his unique set of powers behind the scenes and are sure that he'll be an incredible powerhouse on the battlefield.

Retrieved from "https://warframe.fandom.com/wiki/Devstream_69?oldid=1251822"
Community content is available under CC-BY-SA unless otherwise noted.