With the release of 18.5 looming on the horizon, we had a chance to discuss some features that players should definitely keep an eye out for. This Devstream we focus on the features that will be seeing some major changes, including an exciting overhaul of Sabotage and some major stealth changes that we’re hoping will add a new level of depth to our space ninja gameplay.

If you want to catch sneak peeks of the upcoming features, you can catch them live in Devstream 68 here.

Many players requested a stealth update in our 2015 Holiday Wishlist thread on the forums. As Space Ninjas, we could not agree more. We're currently experimenting with creating more robust enemy markers that reflect the direction they are facing and their awareness status on the minimap. This exciting shift will let players explore more gameplay options and take more strategic routes while sneaking through foe-infested terrain.

We’re excited to announce our new plans for sabotage missions! Our new focus has players reducing the size of enemy fleets strategic infiltration, enabling players to choose from a variety of options to cause destruction, each with a different outcome. Elemental effects will be tied into the choices you make, Tenno, so be sure you’re prepared before entering the fight. For more information, see our Dev Workshop here.

The model of the new Banshee Deluxe Skin is here, ending the long wait after the NYCC 2015 reveal. Alt helms for Wukong, Nezha, and Atlas are slated to be released soon, so keep an eye out for those as well. 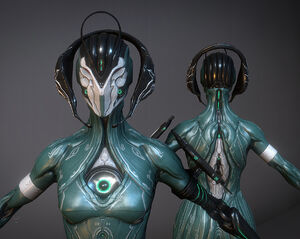 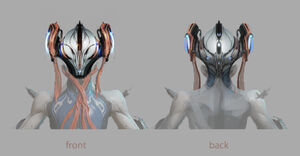 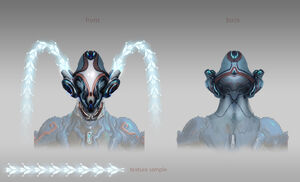 A rework for Kela is aimed to be released in Update 19. Bigger is better for this Grineer general, who has doubled in height and can be found in her own spacious arena. Tenno will have difficulty facing up against this formidable, highly mobile opponent.

With the help of Scott’s Undercover Boss mission, we've been working to improve new player experience. Our first point of attack will be the Fusion system, where we plan to remove the ability to Fuse duplicate and polarity Mods. Instead, we will introduce the ability to turn unwanted Mods into Fusion cores of equal value, making it easier for Tenno of any Mastery Rank to improve their equipment.

Retrieved from "https://warframe.fandom.com/wiki/Devstream_68?oldid=1332474"
Community content is available under CC-BY-SA unless otherwise noted.