With the Second Dream behind us and a new year ahead now is the perfect time to reflect and plan for another year of incredible content! Improvements to in-game lighting, Sorties and the Focus System are all incoming, and Devstream 66 is all about laying out the groundwork for our first major adjustments of 2016!

If you want to see any of the action as it happened live be sure to check out Devstream 66 on YouTube here. This Devstream in particular shows off a lot of incredible behind-the-scenes content from The Second Dream including bloopers, and is worth a watch if you're looking for a good laugh.

Six new Warframes have been added to the Steam Workshop, and our second round of submissions will be selected mid to early February. Keep an eye out for future announcements about Steam Tennogen in Warframe's news and Forums!

A new year means a new convention season! Here's what conventions the team is currently planning on attending:

TennoCon will be our first Warframe-based convention, taking place in July. This special convention will be exclusively focused on Warframe, and we'll be hosted locally in London, Ontario. We will provide everyone with more information as we get closer to setting a firm date!

Since the introduction of PBR players have made us aware of a few instances of poor-looking textures that have popped up throughout Warframe. Some would think these textures are a result of the PBR not functioning correctly, but the real culprit here is Warframe's lighting FX!

We've been working on a new lighting system that will smooth over these visual issues in addition to make all our textures appear to be more refined and realistic. The release of this new lighting FX will be gradual, but you can see the kind of effect this change will have in these screenshots below: 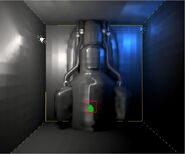 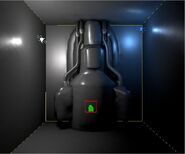 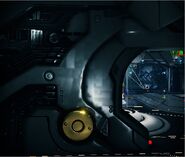 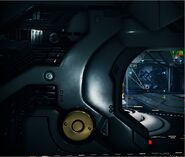 It's our goal to have Nezha submitted to PS4 and XB1 for certification by January 21. As always we'll let you know on a proper release date once the build have been approved and is ready for launch!

We're looking into the current state of Sortie rewards and what can be done to improve the reward experience. Our most recent ideas focuses on providing players with 'tokens' upon the completion of each Sortie Mission, which would then be redeemable at a vendor for different gear.

Evergreen rewards such as Core Packs or Legendary Cores would still be provided as a reward for completing Sorties, but tokens would let players purchase the specific weapon part rewards that players are looking for.

Sortie Defense, Interception and Survival Missions are going to be adjusted to add more variation in gameplay from the normal Mission types, including but not limited to changes such as:

The Tenno Rapier will be available in our next Tenno Reinforcement on PC, complete with a fancy two-hit charge attack and some very dismissive bullet parrying animations!

Kavat's haven't been introduced in game yet, but that doesn't mean we can't fantasize about what it will be like to dress up our fancy murder-cats. Here's some armor concept we're currently working on, planned for release in Update 19 alongside Kavats! 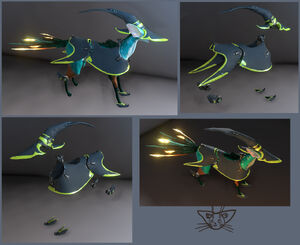 We've received a lot of fantastic feedback regarding the current state of our Focus system, and we have plenty of changes on the horizon to make Focus gain more interactive and fun.

The Second Dream's Future and Bloopers!Edit

Retrieved from "https://warframe.fandom.com/wiki/Devstream_66?oldid=1490884"
Community content is available under CC-BY-SA unless otherwise noted.