From LEFT to Right:

And of course the awesome Livestream crew (Tom, Dean, Warren, Conner, Danielle, Arthur, Jake), Megan, and everyone at DE!

PC Update 16: Not Next Week, No ETAEdit

It's come a long way, but the J3 Golem is slowly nearing completion.

Part of the fight includes flying into the boss and dealing damage to internal organs. Being spit out is a possibility!

We have a few changes planned to make Nekros a more formidable Warframe. The following list is a collection of tweaks that should be considered 'work in progress'. No detail here is final.

PvP is still being worked on. We haven't spoken much about it since Dark Sectors were implemented, but PvP refinements are definitely in the works.

PVP Sigil 3
Add a photo to this gallery

A new Warframe is in the works, but we're not quite ready to share all the details just yet. What we will do is tease everyone with a single piece of information on our latest design:

Energy color selected in customization changes the elemental damage it deals with its powers. Let the guessing begin! It will also surprise veteran players.

A Relay Librarian is a planned future NPC, able to take in unique quests to unlock more lore or unique rewards. It's also planned to have the Librarian store all Mastery tests for Tenno to practice their skills on.

New Statues are coming to each Relay location. These are works in progress, but help flesh out each Relay as its own uniquely identifiable station. Whether or not these statues venture into Clan Dojos is still under debate.

We think a reward for sticking around longer in endless modes is a good thing. While no promises can be made as to when an update to Rotation C would occur, we'll be sure to update everyone should any change occur with reward drops.

We revealed some new Corpus concept art last Devstream, but this time we have an exciting update on their in-game design.

Audio testing is in progress, and our current testing revolves around adding reverb to Warframe. It's a feature that can only help to make the game more immersive, and preliminary testing has us very excited.

PS4 Audio improvements are also on the way. The next update is going to fix a lot of the subpar sound quality currently present in-game. The presence of sound is going to be much better, you may need to adjust your volume!

Augment Mod slots have been discussed, but are not going to be implemented. We're looking at exploring similar avenues for players to get the most from their augments.

Parkour 2.0 is still currently being developed.

Vault momentum, one of the big flaws in our current system, is a prime example of change to come. Currently vaulting over an object is a static animation that cannot be effected by any Mods. By making a Warframe vault become more fluid we can help increase player immersion, and can better encourage movement-oriented gameplay.

Thanks for reading and watching Tenno, see you in two weeks!

DE is experimenting with stuff! THE PUBLIC BOARDEdit

Is the J3 Golem Redux an Archwing Boss, or the First Raid Boss?Edit

A rise of PvP Discussion in the Forums!Edit

Can you show us new Relay Rooms and stuff?Edit

"Rotation C." There was a guarantee for a Prime Part, but Forma and other stuff dilute that guarantee. Rework to rotations or reward pools?

Tintable Gold for all Prime stuff?Edit

Steve, what did you bring to the Stream?Edit

Thanks for watching! U16! Console submission! Desecrate? Sign up for TennoLive! Warframe themed deflated balls! 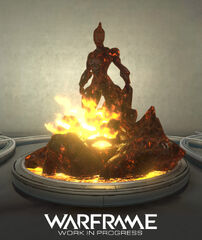 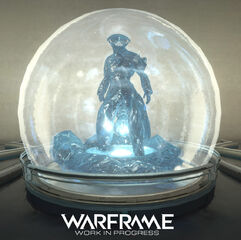 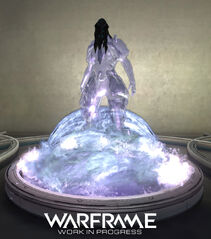 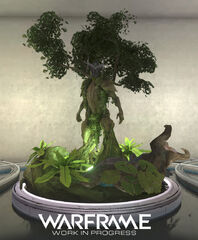 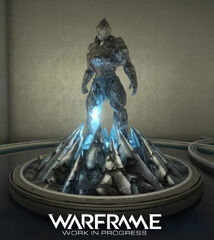 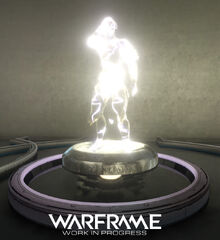 1 of 10
Add photo
Retrieved from "https://warframe.fandom.com/wiki/Devstream_45?oldid=1490852"
Community content is available under CC-BY-SA unless otherwise noted.