Rebecca: Let’s go over it in details since we have you here for the stream, you stopped by last week and gave a delay update, what kind of information do we have today?
Geoff: We feel bad about the delay. We realized it wasn't going to be good enough for what people wanted.
Steve: It starts with equipping melee weapon (hold vs tap). Prior melee button will still do the quick attack. We also have a hit-counter going in that will address the DPS gap. It's traditional but it brings a skill based side challenge that you’ll have to keep it going because it will reset while combining that with hit reactions.
Geoff: When you equip melee you can block, parry, etc. We’ve given you deeper options for how you fight and it's become a significant change to how you play. If you're blocking you’re not losing Stamina, only when its' doing something will it drain. 1

Geoff: We're offering choice with the kind of attacks. As a base, you'll have the standard attack (mashing E) you'll play the same combo. But each weapon grip will have a moment where you pause; you'll play a new combo. If you don't execute those properly it will just stop and you'll keep going normally.
Steve: When your weapon is whirling in the air it and hits enemies it will feed into your hit counter and combo multiplier.
Steve: You’ll have quick attacks including a break/pause and tap to go into 2nd tier combos, heavy hits/ults which will also have a break and tier of combos. We need to work with what the game is, we have a lot of enemies and melee has to fit with that.
Geoff: I feel bad already that people are waiting; I'm not going to say the 'S' word.
Steve: It's not this week. We talked about releasing bits and pieces of it, but we want to bundle it up and make it a big deal. We're hoping sometime this month. We’ll make sure to let people know when we make a big progress step.
Steve: In regards to higher level enemies, some of these combos are going to give a lot more damage and your hit counter will help with higher level enemies. If you keep the hit counter going you're closing the gap on high level enemies.

Rebecca: 12.4 took Credits out of Orokin Derelict Defense, what’s next for balancing the lesser rewards with the sought after gear? Some players, after getting 20 Control modules in a mission, feel effort wasted when they see a single control module appear as a reward. Players like Hybridon and Ritchel want to know what the future of the Void Rewards are.
Sheldon: We're looking for ways to still get that good shot at getting the prime parts you want. The timing rewards in Defense and Survival could use some work. Absolutely I see it and read it.

Steve: I see in chat that Clan Emblems are too small. Definitely we've been thinking about with user generated content. The ability to place an emblem larger on your Warframe, or allowing the Warlord to declare a color picker set you can use for better unification.

Rebecca: Nulyccan and Endevite ask why are lore tidbits only in a few codex entries for Warframes, and not all of them? When will we get to see that?
Steve: A lot of the writing is focused on the Events, and we need to start balancing out more for Quests to help with new players.
Scott: Some stuff get's stalled for big feature events, updates, etc.
Steve: Vor's prize is waiting for some stuff to come online so it fits in. We want to try and make it fit in more of a sandbox thing.
Scott: The expectation for Lore is quite high.

The future of Tenno reinforcementsEdit

Rebecca: S.Fayden asks what do you fellows have planned about future Tenno Reinforcements? There has been a lot of disdain in the community about the over-saturation of new weapons that are being adding so frequently, as well as concerns about the growing trend of these weapons being purchasable clantech. I was curious if what you folks thought about this whole situation and what you are all intending on doing.
Sheldon: One would be that Wednesday had no new weapon and currently we're not planning on doing a Tenno Reinforcement next week.
Scott: Basically instead of doing a weapon every week we're taking some of the resources and adding new customization, armor, dangles, etc. So instead of reinforcement, here's the new customization.
Sheldon: At the same time a lot of people like the weapons so we have to balance it out.
Scott: We're branching out and growing the portfolio.

Rebecca: DA_heef_ asks PS4 Rhino Prime this month?
Steve: I think it's a yes.
Sheldon: That is our goal
Steve: Sometimes there are policy changes and the way their store works is different.
Sheldon: Our PS4 team goes as fast as possible and Sony is working hard too.

Rebecca: PS4 Motivated Killer asks as there is still a lot of performance issues on the PS4 mainly with void missions, and survival missions. How is the progression if any going with getting us some stable frame rates.
Steve: We have in-test right now, another big change in optimization that will roll out to PC then PS4.

Rebecca: The last time we commented on Account Migration we said that it was in the final stages of going live, where are we at now?
Sheldon: It works BUT it needs approval from Sony. We're waiting.

Rebecca: Startos117 asks when I asked Steve about the Hub System, he said that you were working on a deployable alpha build, any ETA on this?
Steve: It's advancing on the technical side. We'll be rolling out a stress/bandwidth test because it's something we've never done before. It's being shared with Badlands, Proxy, etc.

Rebecca: Mythblaze asks can you go into further detail on the Focus system?
Steve: For those that don’t know once you reach rank 30 you can install a lens that will send you down 1 of 6 focus paths. Those will gives you special ways of boosting your entire arsenal; improving your Tenno. We've gone through 4 iterations so far. I put a solid 2 days into Focus on the design/interface side; it's advancing. If you're not interested in badlands then focus will really interest you.

Rebecca: Chaotic TW asks with the introduction of the ability to turn off the alarms, are there going to be any more emphasis on stealth, rewards, challenges, or mission types?
Scott: We're looking at environmental hazard stuff. Some of the stuff went out and hated I’m sorry we'll tweak it. Stealth is a consideration but it’s very small changes.

Rebecca: BRad_Skirata ask what happened to the XP adjustments... or maybe XP 2.0? Ever since that one thread got a bit of negative feedback, nothing has come up.
Steve: We decided we weren't going to do proportional because we thought of melee 5.0. We also included XP fixes for Sentinels.

Rebecca: Underfiend asks when will the reputation system be introduced and how will it work? This pertains to the first question as I've seen the reputation menu voting come up on mission end screens there is a reputation listing in our profile, but no way to interact with it.
Steve: It was very mixed about the abuse of vote kick. We have a positive only reputation system. But we need UI for that and that's not ready. We're not quite happy with that system. Personally melee/ending/quest/lore is trumping reputation. I apologize that reputation isn't in there yet, there are just brighter fires right now. It's absolutely important.

Frost will get a look at along with Snowglobe. 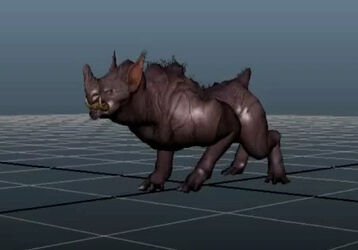 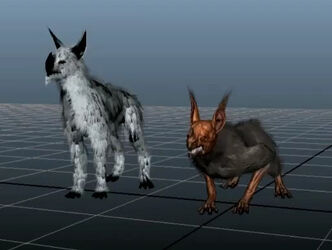 Scott: We have two Kubrow versions, one is faction-less, and then you’ll see the more armored gross one where the Grineer have taken these as pets. In certain Grineer tiles you will see that version. 2

Scott: This is your own Tenno version. Potentially players will be getting a version of the Kubrow. This will be released in stages. 3

Steve: When Infested return to the star chart in a permanent way they’ll have their own art set. In this set you'll see a fully infested ship over the centuries. You’ll learn more lore, who created them, etc.
This is early work of a Tenno ship. These are not guarantees but it's where you'll begin.
Gun emplacements, coming soon to Design Council! 4

Steve: These are new Syandanas. There is more cosmetic stuff that we're doing outside of Syandanas as well. 5

Steve: This is an early concept of what the HUB will look like. 6

Rebecca: Jrkong asks are we going to see scarier leaders in the future. While they're an entertaining gimmick they aren't really that scary for veterans.
Scott: Yes we’ll be focusing effort on AI customization (Leaders) to give them more character/ own transmissions. The Leader versions that players have now are proof that it works.

Rebecca: PC Players overall are saying Tethra’s Doom is, well, easy. That Vay Hek doesn’t seem threatening, that really, the event is too easy. What are your thoughts?

What do you fellas have planned for Tenno Reinforcements?Edit

What about those other endgame features you just mentioned?Edit

What happened to XP adjustments?Edit

Retrieved from "https://warframe.fandom.com/wiki/Devstream_24?oldid=1887452"
Community content is available under CC-BY-SA unless otherwise noted.