Fortuna has arrived on PC and the Dev Team sat down to discuss more Fortuna-related content, the next Warframe and more! If you’re too busy Floof hunting or patiently waiting on Console to watch the full broadcast, we’ve compiled a quick TL;DW version for you below! 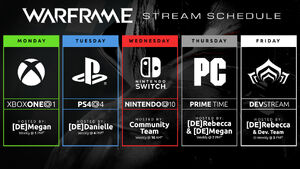 If you have kept your eyes on our livestreams, forums, or even Twitter feeds, you might have heard that not all of our planned Fortuna content went live with Update 24. In addition to the ability to fight the giant Orb wandering on the Vallis, we are working on a slew of Fortuna-related goodness.

Some of this might be coming with our second Fortuna installment (obligatory: Fort2na) later this year on PC – others will come at a later date! 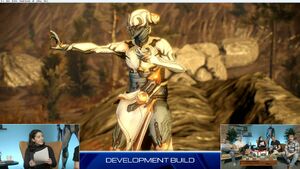 6 new Operator Hair styles are coming, ft. a new tinting method! Existing Operator hair will most likely be slowly updated to this new tint style, similar to how PBR has been handled.

Limbo Deluxe Skin, as shown at TennoCon! He may also be coming with Tarot-card themed skin for throwing knives. 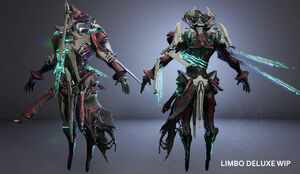 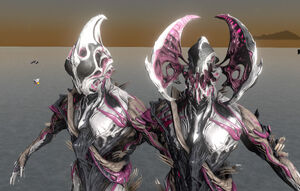 With the launch of the Moa Companions, you were only able to use Link Mods like your Kavat, Kubrow, or Helminth. We heard a lot of feedback about how this affected the survivability of your new Moa friends, so we’re making a change!

In the future, players will have the ability to use Enhanced Vitality on Moas and Kubrows now. You will be able to use either the Link- or raw Stat Mods, but you won’t be able to use both at once. This offers more flexibility in regards to the Warframe you choose, so mod accordingly!

With Fortuna, a variety of companion set mods were released, but none for the Helminth! Here’s a look at what our infestation fans can expect in the future (mods subject to change).

Baruuk Fanart (in no particular order)Edit 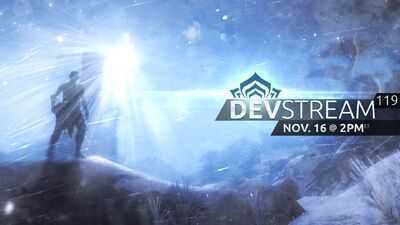 What: Devstream #119 brings you a mysterious new silhouette… could it be the next Warframe!? Join us as we talk about the Fortuna launch on PC and what’s coming in Part II! We’ll also go over our Console release plans for all things Fortuna!

Prizes? Why yes, we will be giving away 3 x 1000 Platinum Prizes and during the Livestream as well as a Chroma Prime Access Pack and Prime Vault Packs! And.. what’s this? 2x Nintendo Switches to giveaway!?

Retrieved from "https://warframe.fandom.com/wiki/Devstream_119?oldid=1887444"
Community content is available under CC-BY-SA unless otherwise noted.