Did you miss the last Devstream before TennoCon 2018? You can watch the full episode on our YouTube channel to get a look at the next Warframe, coming melee weapons and more. If you want the TL;DW version, we’ve compiled all the highlights below:

There will be no major updates until The Sacrifice releases (hopefully before TennoCon?)! In the meantime, here’s a teaser to keep the speculation and meme juices flowing: 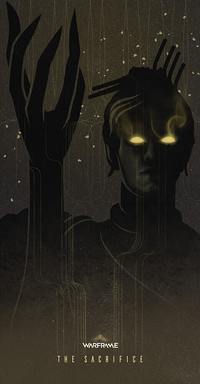 Our next Warframe is afflicted by Sentient energy. His kit is focused around using this affliction to slay enemies and 'own' them. Unlike Nekros, who controls his foes in the afterlife, this Warframe is inspired by Eidolons and revenants. We don’t have an official name for him yet, but internally we refer to him as Vlad.

This is his original concept, courtesy of Keith Thompson: 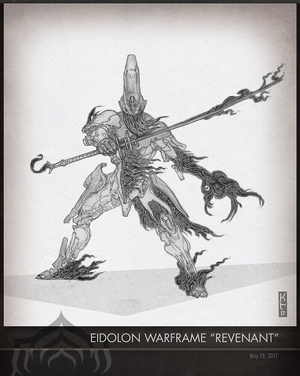 Here’s he is in-game with his signature katana:

And his alt helmet:

Passive: Innate lifesteal proportional to the amount of energy he has. First Ability: Cast on an enemy to afflict them, making them follow you around while drawing aggro. They are invulnerable to attacks.

Second Ability: While active, enemies that attack you are stunned for X seconds. Each cast gives the player X number of charges – each stunned enemy costs one charge.

Third Ability: Casting turns ‘Vlad’ into a mist that afflicts enemies that you pass through.

Fourth Ability: Creates a large AOE blast that puts all caught enemies to sleep for a duration. Here’s his current (work-in-progress) kit in action: 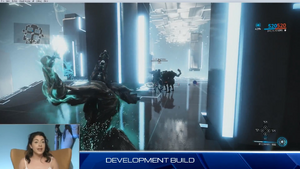 If you follow any of the Devs on Twitter, you might have heard rumblings of separately moddable Exalted weapons. Venari was our first foray into this realm, and we are looking to use our learnings from her to expand this to other Warframes. To be clear, this would only apply to those Warframes with exalted weapons, like Valkyr, Ivara, Excalibur. Others, like Atlas and Gara, not fall into this category. The goal behind separately moddable exalted weapons is to allow players greater customization of their builds, with increased investment as a result. Balancing how much investment is key, so this is currently what we have planned:

We are still working on a final iteration of this system, so if you have feedback or thoughts, please be sure to share them with us!

Here’s a look at some new weapons we have been working on: 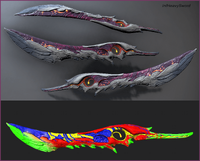 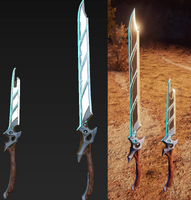 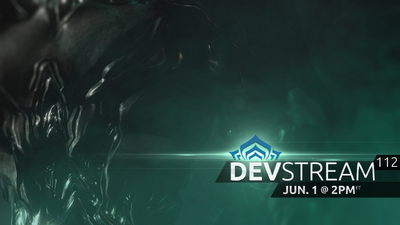 What: It’s our last Devstream until TennoCon! Let’s do something exciting before we crawl into our Con-burrows… Why not take a first look at our 36th Warframe… and much more!

Retrieved from "https://warframe.fandom.com/wiki/Devstream_112?oldid=1764768"
Community content is available under CC-BY-SA unless otherwise noted.