We’re back with another fant-art-stic Devstream, filled with deluxe skins, new weapons and concept art galore. If you want to hear more about the actual process of getting designs implemented into the game (from idea to final model), don’t miss the full stream on our YouTube channel. Those of you who just want to see all of the beautiful reveals from this week, keep on reading.

TennoCon 2018 is officially confirmed and will be happening on July 7, 2018 in London Ontario, Canada! We hope to see you there, Tenno! Tickets will go on sale later this year.

The second batch of our TennoGen mega-round will be released next week. For a full look at what’s coming, we compiled a list for you below:

Vauban will also be getting his own Deluxe Skin, concepted by Eric Vedder, the artist behind the Chroma Dynasty Skin!

Here’s a look at his concept: 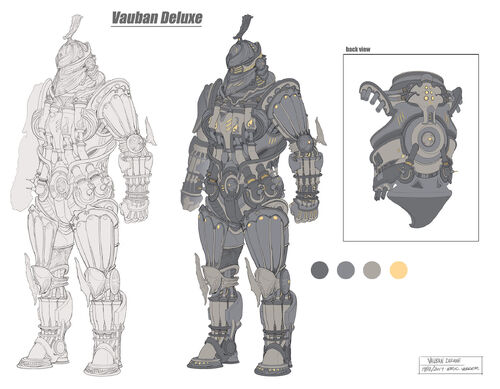 We hope to potentially make the pistons in the front of his chest move and emit smoke, but we’ll see how it all works out once the modelling begins.

Concepted by our amazing community artist and TennoGen creator Liger Inuzuka, Nezha will be getting his own Deluxe Skin! The flames are artistic representation and will be actual FX in-game. You can watch the live-sculpt of this skin starting from this timestamp on YouTube. 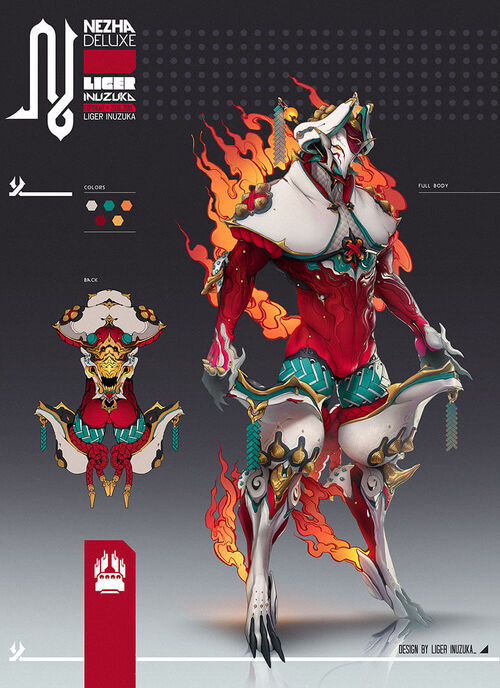 Geoff also mentioned that Liger is also interested in doing a Nidus Deluxe Skin for us.

We first revealed Octavia’s Deluxe skin in Devstream 98, the concept of which you can see here. In her hand you can see the reskinned version of her Roller as well.

Below is a look at our progress on her: 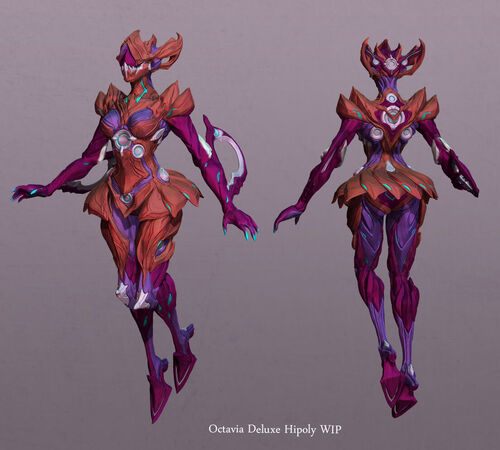 She will also be coming with a Syandana and rifle skin (with its very own ammo puck): 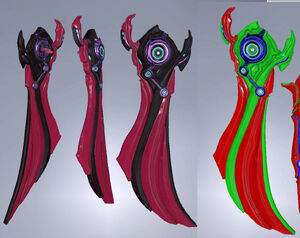 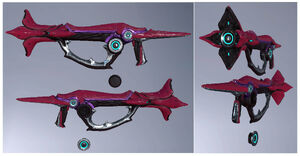 We were joined on the couch today by Skyers, the man behind Khora’s design! With him he brought a breakdown of how her concept changed over the 2 years he had been working on her, which you can see below: 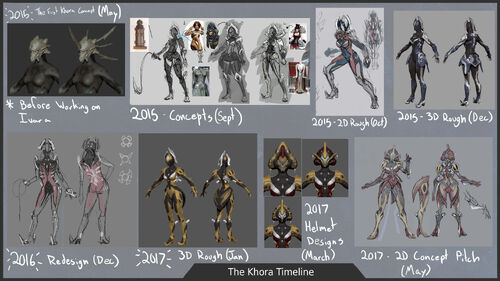 We also got a look at her alt helmet: 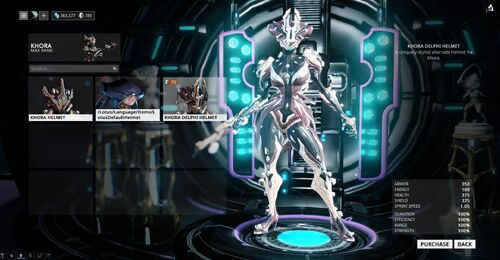 Like many other Warframes, Khora will be coming with weapons. While originally intended to be a polearm (you can see the initial model here), she will now be coming with swords. Although Geoff has promised that both weapons will be making it into the game at some point. 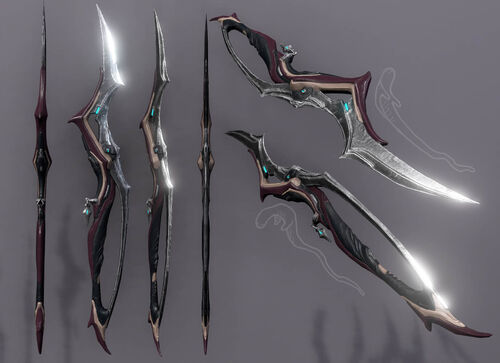 Staying on theme, she also has her very own Dart Gun, which you can see in action! Her alt fire will allow her to change between elemental damage types on the fly. At the beginning of this clip, you can also see part of her idle animation: 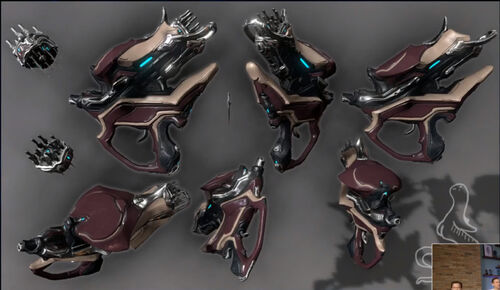 After the surprise debut of the rideable Dargyn’s in Devstream 104, the team wanted to offer a polished look at the new vehicle that will be available in the Plains.

Those of you who have been playing Warframe for a while should be familiar with our Dex line of weapons and cosmetics. These are released every year in March for our anniversary for free, and we decided to up the ante for the official 5th anniversary of Warframe with a Dexcalibur Skin:

The Grineer have gotten a lot of love over the past little while, and we realized it was time to do the same for our profit-obsessed friends. For the sake of space, we’ve featured one of the new helmet designs below, but you can see all three in this imgur album: https://imgur.com/a/GJE6w 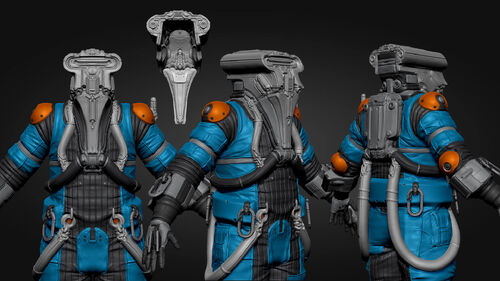 We’re visiting the Operator suit model to allow for clear division of pieces (see the new seams) so you can mix and match different suit styles with ease. This might also open the door to Operator TennoGen! 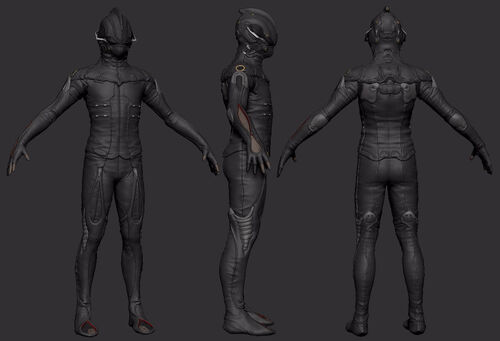 We are also working on new hair for operators, here’s a look at the changes:

With this in place, we will be looking into the possibility of longer hairstyles for Operators. Once we have a better idea if this is possible, we’ll update you all in a future Devstream!

Working on a new lighting system this year since our old one is no longer supported by Autodesk. This shouldn’t come with increased performance requirements for those concerned. Here’s a quick render of what this might look like: 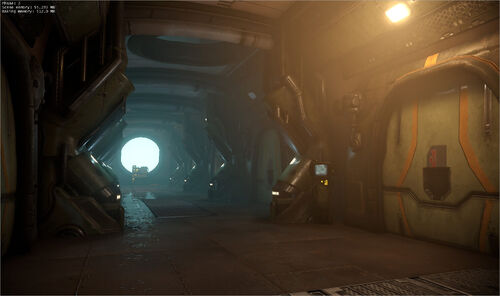 Steve also teased that an event is coming to the Plains of Eidolon sometime in the future with its own custom enemy. We didn’t get the opportunity to show something on stream, but here’s a peek for our loyal overview readers: 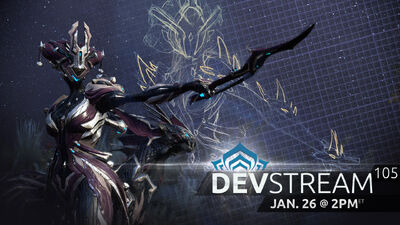 Who: Rebecca is joined by members of Warframe’s Character Art and Weapons Team! Geoff, our Art Director will take his usual spot, and we’re adding Ray, Kaz, and Skyers to the mix! Just a few members of our talented art team that make Warframe possible!

What: This stream will be an artistic buffet to behold! Never before seen Deluxe Skin concepts, a deep dive into ‘Apostasy’ character art, general insight into improvements coming to our character art, and so much more. We may even bring you some live sculpting! We’ll also be taking your art related questions.

Prizes? Why yes, we will be giving away 3 x 1000 Platinum Prizes and during the Livestream as well as a Mirage Prime Access!

Retrieved from "https://warframe.fandom.com/wiki/Devstream_105?oldid=1837527"
Community content is available under CC-BY-SA unless otherwise noted.