Did you miss the last stream of 2017? Fret not – you can relive all the memories and reveals live on our YouTube channel!

For those of you too busy living in the now to revisit the past, get all the highlights from Devstream #103, including Khora, Personal Quarters on your Orbiter, and more in our overview below.

Our newest Warframe, Khora, has finally made her debut in-engine! You can see a full showcase of her abilities starting at this YouTube timestamp, but we’ve compiled a quick rundown for you below:

Pressing 1 cycles between different damage types, which changes her appearance in the process. Holding down 1 lashes out her whip, does damage of selected type in AOE form. 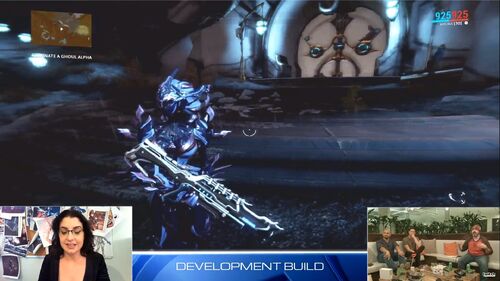 Casting this on a foe pulls in nearby enemies and prevents them from moving while doing damage over time. You can see it in action in this Twitch Clip.

Summon Metalcat, a.k.a. Venari, a.k.a. Khora’s custom Kavat to help you on the battlefield! Pressing 3 while this ability is active commands Venari to do your bidding. Her damage output and appearance also changes with your selected damage type.

With Venari comes a new section in your Arsenal for you to customize and mod her separately. 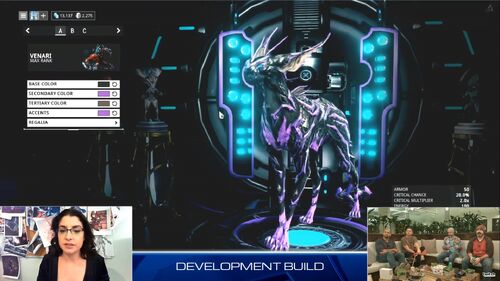 This ability was not shown or described. We want to do another level of polish on it before we show it off. As its name suggests, it summons an exalted whip.

We heard enough Ikea-Frame jokes and decided to take them to the next level. That mysterious 3rd door on your Orbiter? It now leads to your very own Personal Quarters, with the following features:

Tileset vingettes for you to populate with your very own Warframe Action Figures and enemies. Your loadouts can be loaded onto these figures and put into a variety of poses! Any weapons you own can be added to their hands for you to recreate epic battle scenes on your favourite tileset. 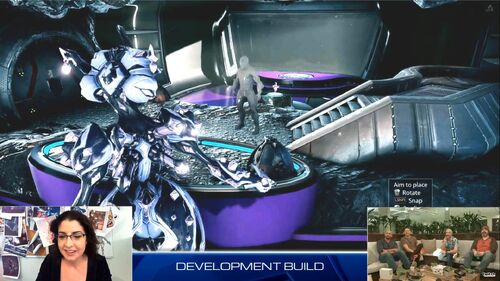 Shelves for you to place noggles and more! No need to DIY it, these are built into the walls themselves in true Ikea fashion.

Mannequins for you to display your gear! Simply select what loadout you’d like featured and display your fashion frame proudly on your wall.

Fish tanks that you can put your smol caught fish into. You can customize what predetermined swimming path each fish follows. In this clip you can see the mannequin in the background while Reb showcases the new tank customization: 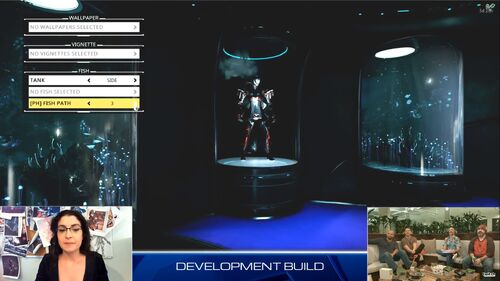 Not only will your eyes be engaged with these new Quarters, but your ears will be too! Your very own jukebox, called a Somachord, can be found behind the third door as well. Music fragments have been deposited into tilesets across the solar system – scan them to unlock songs you can play in your Orbiter! Each song requires 4 fragments to be unlocked. 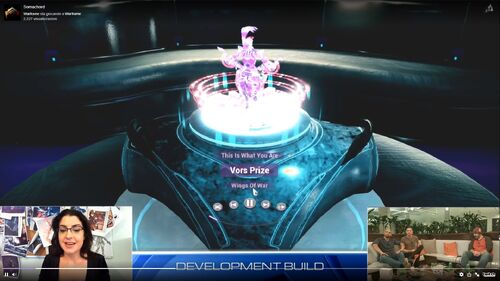 Some few other changes that are coming related to the Orbiter: 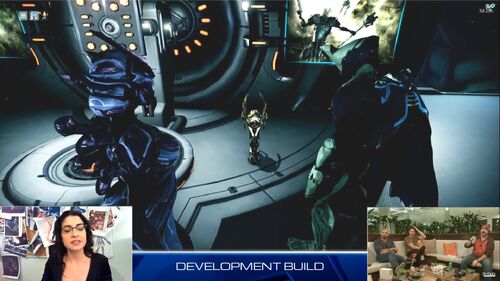 Ghouls are coming to the Plains, and with them is a Ghoul-Purge system! When the Ghoul Purge event is live, Konzu will offer Ghoul-specific bounties for you to complete! These will be in addition to the current five tiers of bounties available.

The Ghoul Purge is a recurring event for you to experience on the Plains.

Here’s an example of one stage of a Ghoul Bounty: 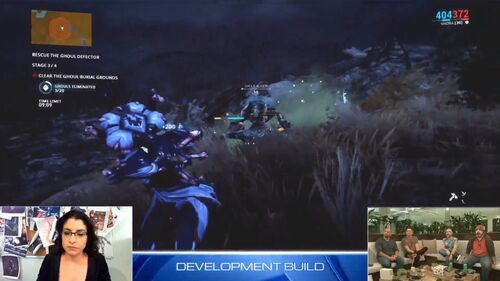 As mentioned in Devstream 102, IPS changes are coming! Procs are getting better balance and scaling for end-game proc build. If you proc an enemy while they’re already experiencing the same proc, it will stack and build up in power. A Dev Workshop detailing these changes will hopefully be released early next week!

You can see how these stack for Impact in this clip: 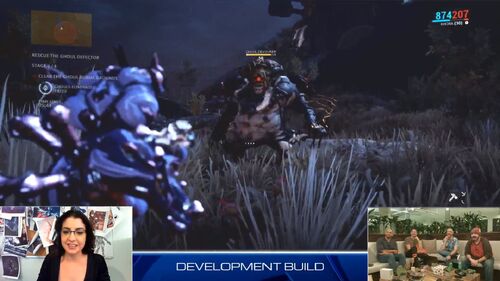 You thought the Teralyst was big? Well, look out. There are two new Eidolons in town! Only one will be present on the Plains at a time. Our friends the ‘Megalyst’ and ‘Rainalyst’ (names not final) will only show up under specific circumstances. See if you can figure it out, Tenno! 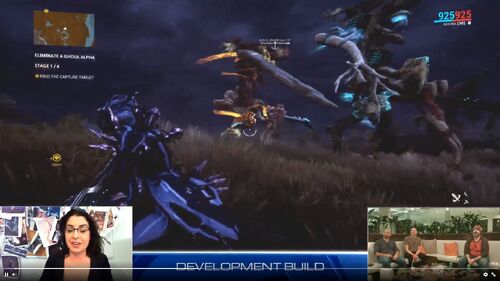 We’ve spoken before about being able to create your own custom obstacle course in your Dojo! Below is an example of a very rough, work-in-progress demo of this system. We are hoping to include logic and scoring into it. The objects and UI you see in the gif are all placeholder. 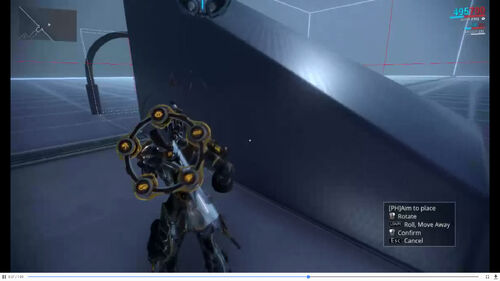 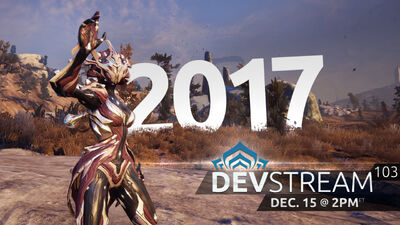 Who: Rebecca, Steve, Sheldon, Scott & Geoff are here to say goodbye until 2018!

What: We will be taking a look at Warframe’s last major Update of the year (hopefully.. if things go according to plan) which includes Khora and so much more! We will also be running another Twitch Drops test – how it’ll go, nobody knows! Tune in to participate in the Drop campaign which requires 30 minutes of cumulative Devstream viewtime with a Twitch Linked account. What is the drop this time around? Exilus Adaptor, round 2. Let’s do this, Tenno.

Prizes? Why yes, we will be giving away 3 x 1000 Platinum Prizes and during the Livestream as well as a Mirage Prime Access!

Retrieved from "https://warframe.fandom.com/wiki/Devstream_103?oldid=1675259"
Community content is available under CC-BY-SA unless otherwise noted.