The Dethcube is an offensive Sentinel pre-equipped with

Deth Machine Rifle as its default weapon, able to sustain a high damage per second on enemies at long ranges. The Dethcube's secondary attack,

Vaporize, periodically fires a beam that deals massive damage. With

Energy Generator, the Dethcube can spawn Energy Orbs while assisting in kills.

Vaporize
Sentinel will deal high damage to target that gets too close.

Dethcube Prime is the the Primed version of the Dethcube Sentinel, featuring enhanced health and armor, and comes with the enhanced

Vaporize
Sentinel will deal high damage to target that gets too close.

Dethcube can be equipped with the following items:

Carabus
Exclusive to Dethcube.
Shares the same appearance as The Grustrag Three sentinel. 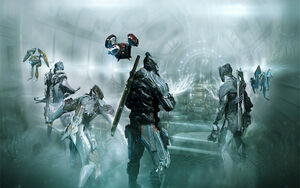 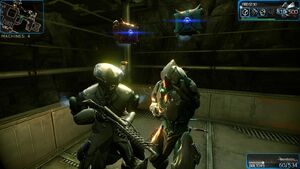 Frost and Rhino with Dethcube Sentinel 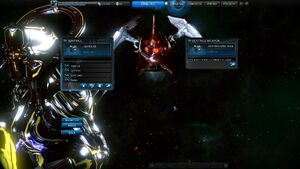 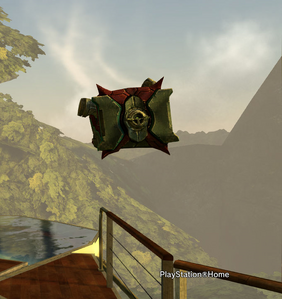 Dethcube as seen within the PlayStation Home 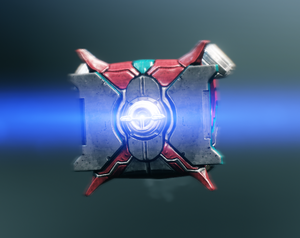 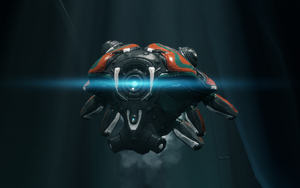 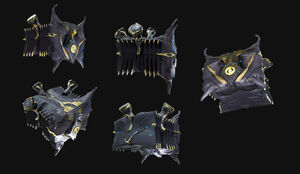 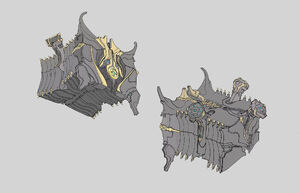 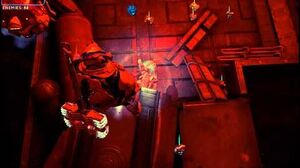