"The scattered survivors of this infestation have barricaded themselves in safe areas throughout this galleon. Escort the crew to the waiting escape ship.

Don't be alarmed by the crew, they're Grineer defectors, rescued by Steel Meridian, but too broken to join their ranks. Instead, they banded together in search of a more peaceful life. They call themselves, Kavor."
—Lotus

Defection is an Endless Mission type introduced in Update 19.12 (2017-03-02) for the The Pacifism Defect event. This game mode tasks players with escorting small squads of Kavor Defectors to an extraction point while defending against the Infested.

Originally introduced under the name "Evacuation", this mission type was renamed as part of Update 21.0 (2017-06-29), and is now the source for

Players start near a shuttle bay room, which the Kavor defectors must reach in order to escape the ship. The mission begins and timers for periodic events begin to elapse once a player hacks the door leading out of the shuttle bay.

After two squads of survivors have been evacuated, the player's extraction point will be opened up, and the second Med Booster will spawn in a different location of the map (B). After two more squads have been evacuated, a third Med Booster will spawn along with opening up more of the map (C). From this point on, points B and C will both begin hosting a squad of Kavor defectors, with them both pathing to A's Med Booster, and then to their evac location. (In solo play, squads will still spawn one at a time, but spawns will alternate between points B and C.)

While 10 Kavor defectors have not yet been killed, players may choose to extract individually at any time once two squads of defectors have been evacuated. Any player entering the extraction zone will trigger a countdown timer, at the end of which all players in the extraction zone will be extracted while remaining players continue playing and can extract later any time they choose.

Several events are slated to occur during specific segments of each 8-squad cycle. These events also have fail-safe timers that force them to trigger at specific times after the time at which the shuttle bay door was hacked open, which is referred to in this section as time [T], if players are not rescuing squads fast enough to trigger the events normally.

Besides the bonus amounts of resources, affinity, and mods from the increase in enemies compared to normal missions, certain rewards can be awarded as the mission progresses. Mission rewards will vary depending on mission tier (based on starting enemy level, and listed in the above table), and mission rotation, based on the number of squads evacuated. 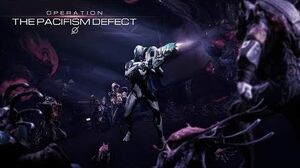 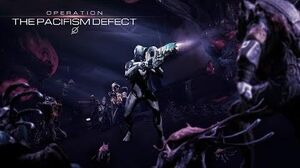