Damage (version 2.0) is a system that determines the damage done to a certain target by a given attacker. Damage results are modified by several mechanics – type modifiers (main content of this article), armor, critical hit bonuses, stealth bonuses, Warframe ability debuffs, body part modifiers, faction modifiers – which are discussed below and on their respective pages.

All damage dealt by any weapon or ability belongs to a certain damage type, and every target has specific resistances and vulnerabilities to different damage types. Exploiting enemy vulnerabilities and avoiding resistances by means of weapon selection and mod installation may significantly improve players' damage output.

Every weapon, ability or method of dealing damage is classified as one or more types of damage. Through mods or abilities, further types of damage can be added to attacks.

When multiple damage types are present on an attack, all of them will deal their respective amounts independent of each other, but only one damage number calculated from the combined value of the damage types will show.

With each shown damage value, there is also a chance of a Status Effect occurring; The likelihood of which type of damage this Status Effect is based on depends on the ratio balance of the damage types on the weapon.

Most weapons' base damage is made up of a combination of three physical damage types:

Slash. The overall physical damage of any given weapon is the sum of Impact, Puncture, and Slash damage. This is sometimes referred to as IPS.

Although most weapons have varying proportions of

Slash, some weapons (such as the

Phage) can have no physical damage at all. Other weapons (like the

Tysis) can deal a combination of physical and elemental, or combo elemental damage.

Unlike elemental, or combo elemental damage types which can be added via mods, physical damage cannot be added to weapons already lacking them. Weapons that do not have one or more components of physical damage are not affected by the respective

General damage increasing mods such as

Serration affect all the base damage types of a weapon. Additionally, Faction Damage Mods such as

Expel Grineer also affect damage as a total damage multiplier against the faction in question. 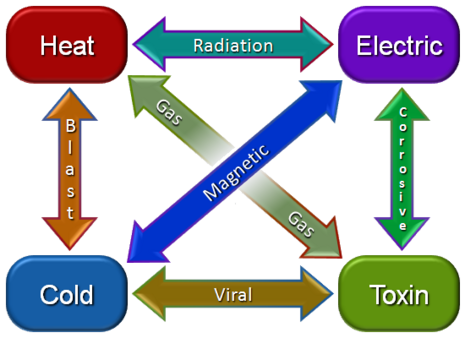 However, a weapon's innate elemental damage can be forced into a different position in the hierarchy (and thus be combined into a combo element earlier) if the player has equipped a mod of the same element as the innate element. As well, when using multiple mods with the same element, the first position that element is placed in establishes it's hierarchy and where it's combined.

Stormbringer on the top left slot of

Amprex will change the position of its innate

Thermite Rounds earlier in the hierarchy before placing

Hellfire will still count the

Heat damage where it was first placed.

For example: when modding a weapon with standalone

In the case of Riven Mods where there is more than one elemental stat present, the hierarchy priority will be given to the last elemental stat listed on the Riven mod. For example, a Riven mod with a bonus of +100%

Toxin damage last, will enable the

Toxin damage to combine with an elemental mod higher up in the hierarchy, and the

Weapons with innate Combination Elements such as

Radiation) will always have that damage type, regardless of mods used. On weapons like these, basic elemental damage mods will combine and function independently of the innate combination elements, as basic elements cannot combine with a weapon's already combined innate damage type.

A Status Effect, also known as proc, is an additional effect which may be triggered at random by a hit from a weapon, while Status Chance is the probability that a hit will inflict a Status Effect. Each damage type has a unique Status Effect associated with it.

A weapon will always (with every shot) deal any elemental and physical damage installed, regardless of the corresponding status triggering or not.

Tick rates vary across DoT sources. In the example above the tick rate was 2s-1, which is a common rate for DoT from abilities. But in the case of a Bleed DoT, damage ticks 7 times over a 6 second duration. This results in a tick rate of 1s-1 (notably not 1.167s-1 because counting starts at 0 seconds), and the same applies to all DoT from Status Effect. If the tick rate does not divide into the total duration evenly, the total number of ticks dealt is rounded down. For example, with a tick rate of 2s-1 and a total duration of 3.4s, the first tick will occur at 0 seconds, with each subsequent tick occurring every 0.5 seconds until 3 seconds have passed. The last tick occurs here, because the 3.4 second duration ends before the next tick can occur at the 3.5 second mark. As such, the total number of ticks that occurred is 7. More generally, this can be expressed as:

Altering the total duration does not affect the tick rate of the DoT, it will only affect the total number of ticks dealt, and in turn, the total damage dealt. For example, at base

The following explains how a certain amount of damage of one type turns into actual inflicted damage to a target, considering type modifiers and armor. Faction modifiers, body part modifiers, critical hit and stealth modifiers as well as Warframe debuffs are disregarded for now, since all of these are independent of damage types.

Dealing damage is quantized. Meaning, rather than damage being applied smoothly it is dealt in discrete "chunks", or quanta. These quanta are determined by the total listed damage of the source divided by 16.

For example, if you have a weapon with a listed damage distribution of 30

Slash damage, the amount of

Against unarmored enemies or when applying True damage, the formula is simply:

To make it independent from the amount of base damage:

Against armored enemies, the formula is:


Where additionally to the previous definitions, AM is the damage modifier against the armor type and AR is the target's armor after all reductions from debuffs (including

It's important to note that type modifiers against armor work in two ways here: they mitigate a percentage of the target's armor, and increase the damage dealt in the same way as a type modifier against the hit points would do. Practically speaking, this means that

Corrosive damage is only reduced by 25% of a target's whole Ferrite Armor and the base damage is increased by +75%. Thus having the damage type with the highest appropriate bonus is far more important against armored than unarmored targets. The formula causes a massive difference between a medium and a large reduction: 75% reduction (¼ original armor) is essentially twice more than 50% reduction (½ original armor).

Because of the twofold reduction, a simple (1 + HM) × (1 + AM) calculation yields incorrect results. The following damage type pairings deviate from that simplified calculation:

This just shows that one can't easily compare damage type modifiers against an armor class to those against health classes, and those against armor are, at similar values, considerably more effective especially when fighting high level enemies (since armor scales with level).


An interesting property of this benefit function is that, while one would intuitively assume the benefit of the armor modifier gets always greater the greater the target's armor, this benefit actually converges against a limit as armor approaches infinity if the armor modifier is smaller than one (which is true for all damage types against all armor types with the sole exception of

True damage). Since this limit is only determined by the armor modifier of the damage type itself, it is a practical metric to gauge the relative effectiveness of damage types for long endless missions. The formula for the limit is the lower one given on the right. Below is a table of the actual values for all currently implemented armor modifiers.

This illustrates the growing returns of greater armor modifiers, which may be compared to the behavior of

A generalized version of the aforementioned formula is:


AR is still the target's armor after all debuffs (

Terrify) have been applied, how these debuffs work is subject of the armor article. AM is the damage type modifier against the armor class. Mi for all indices i are all modifiers that take effect, these can be damage type modifiers against armor and health type, the crit modifier (on average: chance × damage multiplier), stealth bonus (only normal auto attacks, the special stealth attacks are classified as True damage type and disregard armor), enemy body part/hit zone modifiers and damage multipliers from Warframe abilities like

Eclipse. The term following the large pi operator (Π) simply means that this is a product, so all these bonuses stack multiplicatively. The notation replaces (1 + M1) × (1 + M2) × ... .

In case of enemies who have both shields and armor, damage to shield is not mitigated by armor. Lastly, when

Eximus enemies have increased damage resistance to all damage types by 50% and/or boosted stats. Some different Eximus units gain different types of resistance. 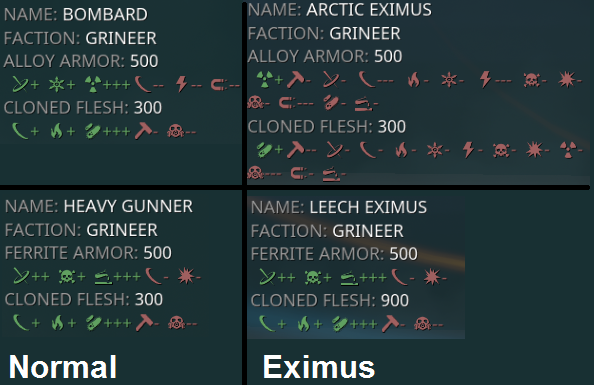 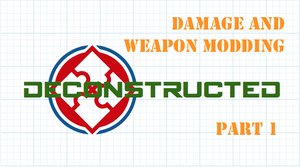 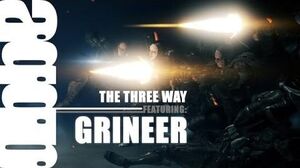 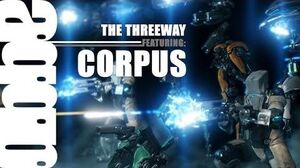 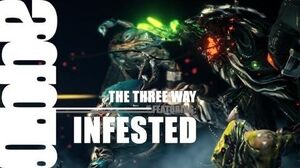 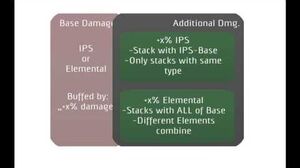 Warframe - Damage 2.0 Fast and Easy
Add a photo to this gallery 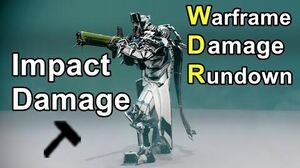 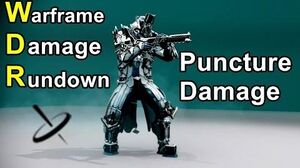 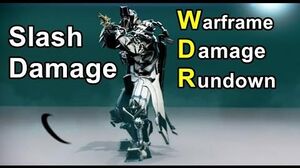 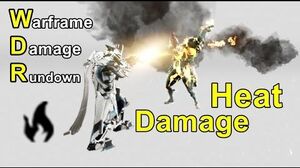 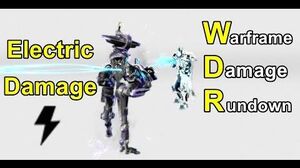 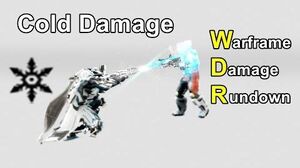 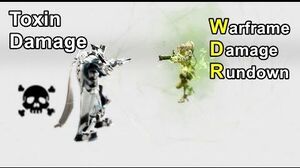 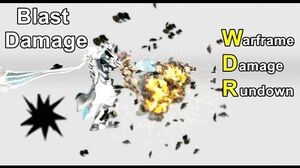 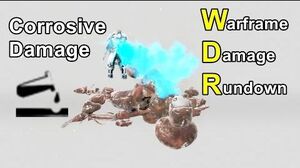 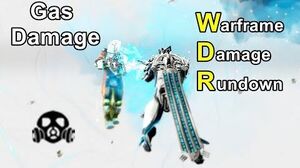 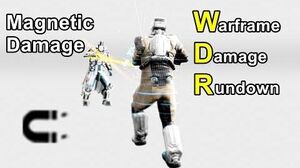 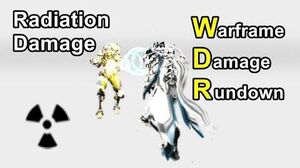 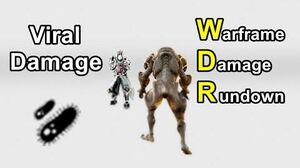 WDR 13 Viral Damage (Warframe)
Add a photo to this gallery 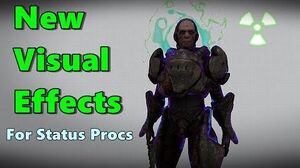 Retrieved from "https://warframe.fandom.com/wiki/Damage?oldid=2008242"
Community content is available under CC-BY-SA unless otherwise noted.