Toxin damage. Most effective against Grineer clones. Viral status increases health damage taken by up to 325%.

Viral Damage is one of the six secondary elemental damage types, composed of Cold Damage

Corpus bodies, but reduced damage to most light

Infested foes, with some heavy units being outright immune.

The status effect of Viral Damage

Viral damage is Virus. It amplifies damage to the health of the afflicted target by 100% for 6 seconds. Subsequent procs add 25% increased damage to health up to 325% in total after 10 stacks, with each proc having their own duration. This effect will work even when the health is protected by armor ("yellow health"). Only the shield is not affected.

Calculating resultant damage if at least one Viral proc is on target. Damage Vulnerability provided by Viral procs are multiplicative with other damage bonuses.

Gas), the damage dealt by the proc throughout its duration is calculated based on whether or not a Viral Damage

Viral proc is active when the DoT tick deals damage. For example, a weapon with 100 damage that applies a Slash Damage

Slash proc, if the target has 1 Viral Damage

Viral proc, will deal 200 damage, then 70 damage per second from

Bleed until the Viral Damage

Viral effect ends, when it will go down to 35 per second. If the target does not have a Viral Damage

Viral proc, which will then multiply the DoT accordingly to 70 per second. This means that the multiplier is not applied twice to DoTs, unlike faction damage multipliers.

Enemies afflicted by a Viral Damage

Viral proc are coated in a flowing, leaking miasma of the Energy color of the weapon that inflicted it.

Viral does not have a Railjack space counterpart and is thus not able to proc any status effect nor is it included in calculations for status proc weighting. 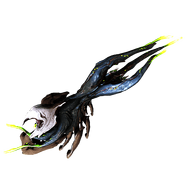 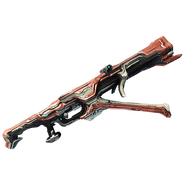 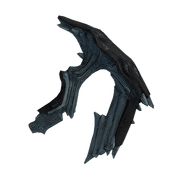 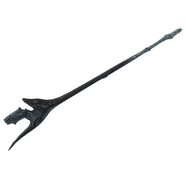 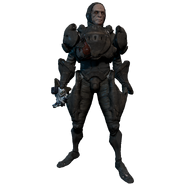 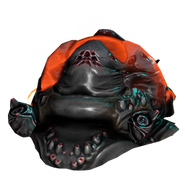 The destruction of Infested Gas Hives 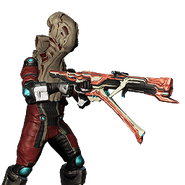 Amalgam Heqet armed with a Komorex 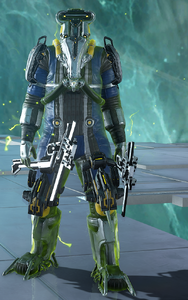 An enemy affected by viral procs 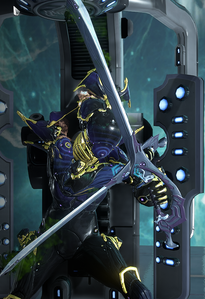 Viral visuals on a melee weapon