Most effective against flesh. Slash status ignores the target's armor and causes them to bleed for extra damage over a short duration.

Slash damage is Bleed. It applies a DoT effect after a 1 second delay, dealing a tick of damage each second for 6 seconds. Each tick deals

Multiple instances of the effect can stack on the same target, with each instance having its own timer, but only up to 10 tick numbers are actually shown, the rest are hidden to save performance.

While bleeding, the target will have small bursts of blood come out every fraction of a second where they were hit to trigger this proc. Machinery and Robotic enemies will instead bleed oil.

Because the damage from this status effect is

True damage, it can bypass Ferrite Armor and Alloy Armor, which can help compensate for

Because Bleed scales off of the base damage of the weapon, the amount of damage dealt is not affected by elemental mods nor physical-type mods like

Buzz Kill, but is affected by Faction Damage Mods and Base Damage mods like

Slash procs scale with damage multipliers such as Headshots and Critical Hits, which greatly increases the damage dealt. However weakspots generated by

Detect Vulnerability only increase the initial hit, not the DoT.

Savage Silence) have no effect on

True damage, and as such do not interact with

Slash procs in any special way.

Slash damage against Railjack space enemies is Tear, increasing the damage the target ship takes by 7.5% for 20 seconds, with subsequent procs stacking multiplicatively with itself.

Slash damage to the torso can result in their corpse being bisected, which is considerably valuable for a

Desecrate, as each part of the body can spawn a Health Orb and some loot (note that individual limbs that have been removed from a corpse cannot be Desecrated, only large parts of the body). Corpses can also be quickly meleed to dismember them; however, an enemy's corpse can only ever be mutilated twice—if melee spam ended up lopping two limbs from a corpse, it will not be possible to then attempt to bisect it to get two desecrate rolls. Note that this characteristic may be disabled due to gore settings or regional locks: the Japanese version of WARFRAME, for example, does not allow for much corpse dismemberment.

Bleed damage does not dismember a body if it is the cause of death, only direct

Hunter Munitions cannot be used on its own to cause dismemberment. Weapons must have over 50% of their physical (IPS) damage as

Slash damage to dismember. Weapons with exactly 50%, such as the

Soma, do not initially dismember, but for example can be modded with

Sawtooth Clip to bump slash damage above 50%, and thus enable dismemberment. Elemental mods have no effect on this ratio and can therefore be included and still cause dismemberment. As an alternative, the "gore" attribute from

Amalgam Ripkas True Steel mod also applies itself to the rest of the player's equipped weapons, companions, and Warframe abilities, and they will function identically to the dismemberment mechanic, whilst ignoring the weapon's IPS disposition.

Slash damage's type modifier works in two ways: it decreases the damage dealt in the same way as a type modifier against hitpoints and increases the armor's value by a percentage of the target's armor for the damage calculation. Practically speaking, this means that

Slash damage is reduced by -50% and damage is further reduced by 150% of a target's whole Alloy Armor. Similarly,

These weapons deal the majority of their physical damage as 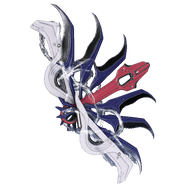 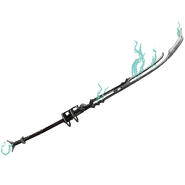 Slash on a Critical Hit)

The following stances have at least one combo with a forced

Slash proc. Note that all stances for Gunblade, Fist, Sparring, Staff, Hammer, and Nunchaku weapons do not have have a forced Slash proc.