Electricity damage. Most effective against shields. Magnetic status disables the target's shield regeneration and increases shield damage by up to 325%.
—In-game Description

Magnetic Damage is one of the six secondary elemental damage types, composed of

Electricity elements. It is very effective at taking down

Corpus Shields, but is heavily mitigated by the Alloy Armor worn by many higher-level

For the game mode, see Disruption.

Magnetic damage is Disrupt. It amplifies damage to the shields of the afflicted target by 100% and nullifies natural shield regeneration for 6 seconds. Subsequent procs add 25% increased damage to shields up to 325% in total after 10 stacks, with each proc having their own duration.

Calculating resultant damage if at least one Magnetic proc is on target. Damage Vulnerability provided by Magnetic procs are multiplicative with other damage bonuses.

Shield Ospreys and Orokin Drones will instantly recharge the shields of their linked allies and nullify magnetic's recharge penalty.

Affected Tenno suffer additional effects: lose 250 Energy over the 4 second duration, or 50 Energy per tick (the initial starting tick also drains energy), and their HUDs will be disrupted.

Magnetic procs will show blue rings matching the shape of the affected target moving from top to bottom.

Magnetic does not have a Railjack space counterpart and is thus not able to proc any status effect nor is it included in calculations for status proc weighting.

Magnetic damage's type modifier works in two ways: it decreases the damage dealt in the same way as a type modifier against hitpoints and increases the armor's value by a percentage of the target's armor for the damage calculation. Practically speaking, this means that 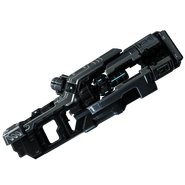 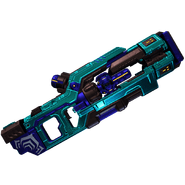 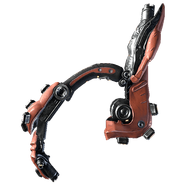 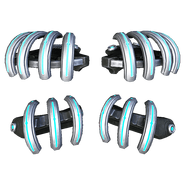 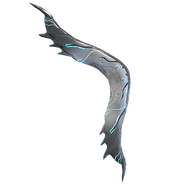 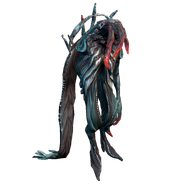 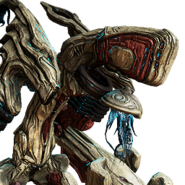 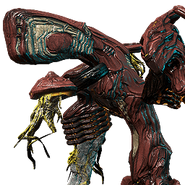 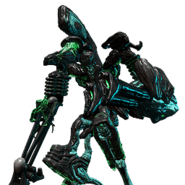 Note that only the initial and final instances of damage are

Only on shielded enemies.
Info
Augment 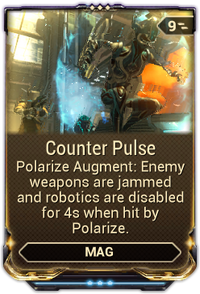 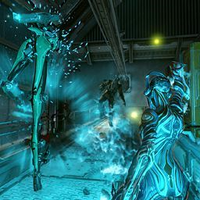 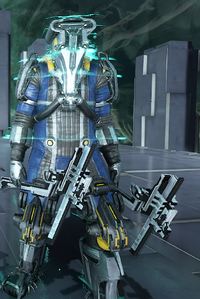 Magnetic proc on an enemy 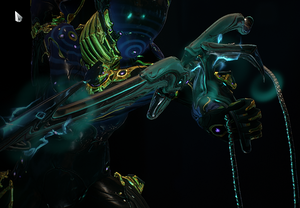 Magnetic visuals on a melee weapon, with effects similar to those of cold and electric 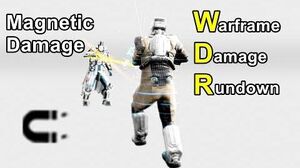