Electricity damage. Most effective against Ferrite armor. Corrosive status temporarily removes up to 80% of the target's armor value.

Corrosive Damage is one of the six secondary elemental damage types, composed of

Electricity damage. It is immensely useful against

Infested creatures, but fares poorly against the Proto Shields of some elite

Corrosive damage is Corrosion. It temporarily degrades the armor of the afflicted target by 26% for 8 seconds. Subsequent procs further reduce armor by 6% of the original armor up to 80% armor reduction in total after 10 stacks, each stack having its own duration.

Corrosive proc will be covered in a faint green, electricity-like substance. Enemies killed while affected by a

Corrosive proc will have their corpses partially corroded and dissolved.

For example, a full 4-player squad with max-rank

Corrosive proc will result in an enemy's armor being reduced to:

If only one player has a max-rank

Corrosive Projection with the above statuses, an enemy's armor would instead be reduced to:

Corrosive Projection would result in an enemy's armor being reduced to:

Currently, the only non-ability method to completely remove armor is to use

Sharpened Claws or a dagger in tandem with

Corrosive does not have a Railjack space counterpart and is thus not able to proc any status effect nor is it included in calculations for status proc weighting.

Corrosive damage's type modifier works in two ways: it ignores a percentage of the target's armor, and increases the damage dealt in the same way as a type modifier against hitpoints. Practically speaking, this means that

Corrosive damage is only reduced by 25% of a target's whole Ferrite Armor and the base damage is increased by +75%.

Winds of Purity
†Denotes a source of corrosive damage that does not inflict the status effect on enemies. 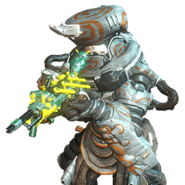 Scyto Raknoid's attacks, particularly its ability to launch a slowing web in front of it 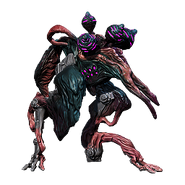 Tar-Mutalist MOA can launch puddles of

Only on armored enemies.
Info
Augment 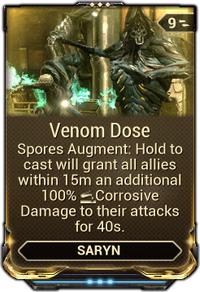 Venom Dose is a Warframe Augment Mod for

Spores to be held on cast, creating a wave of energy traveling outward from the user that temporarily grants the caster and nearby allies additional

Corrosive damage to all attacks. 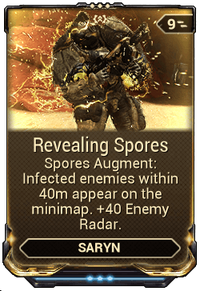 Revealing Spores is an Exilus Warframe Augment Mod for

Spores that causes enemies affected the ability to show up on the mini map. 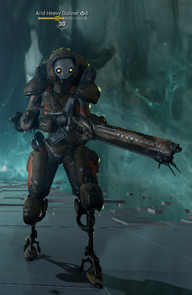 An enemy affected by a corrosive proc, the green electric like visuals can be seen, although faint 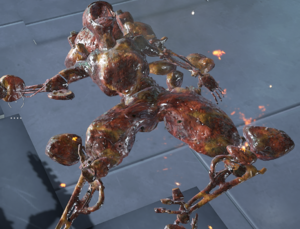 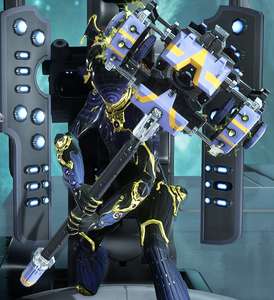 Corrosive visuals on a melee weapon