CODEX
Daikyu takes great strength to draw back, but provides added power and range to every shot.

The Daikyu is an asymmetrical bow of

Tenno design and origin. It has larger damage, status chance and increased Projectile Speed compared to the other bows, as well as high critical chance, but takes longer to fully draw and cannot be released early for decreased damage.

The Daikyu's blueprint can be researched from the Tenno Lab in the dojo.

Preview image of the Daikyu. 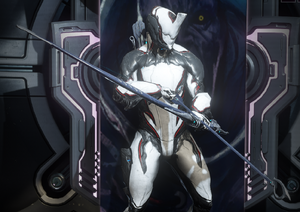 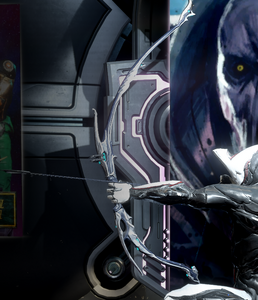 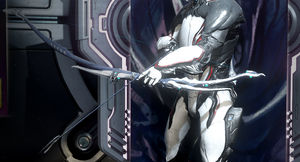