Radiation beam pistol with a battery that automatically regenerates ammo after the user stops firing for a second.

The Cycron's blueprint can be researched from the Energy Lab in the dojo. 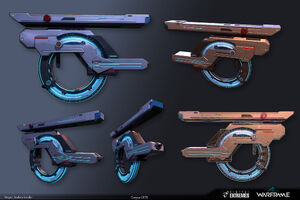 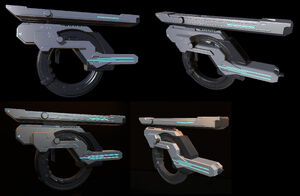 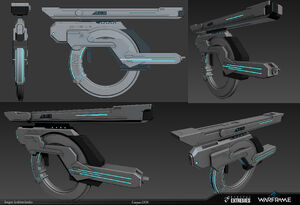 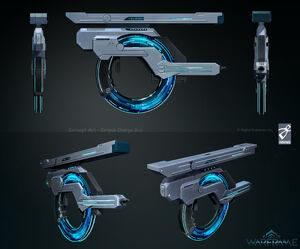 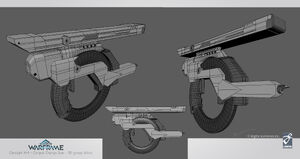