The basic Corpus Crewman wields a

Dera rifle, and wears a light brown suit. These Crewmen are weak and easy to kill when encountered in small groups, but in numbers, they can easily bring down a Tenno with combined fire. The Dera weapon used by this crewman is significantly weaker than the Dera available to Tenno. They are the Corpus equivalent of the Lancer. 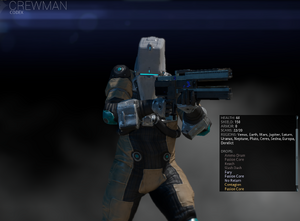 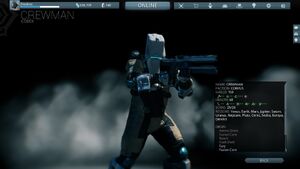 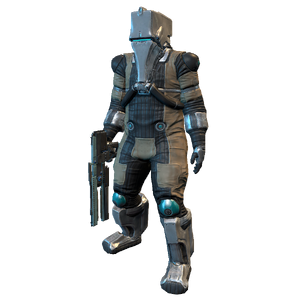 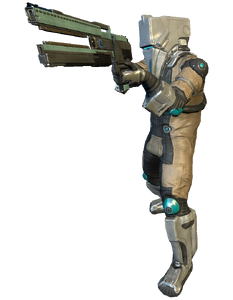 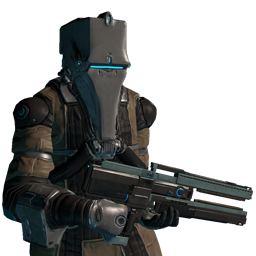 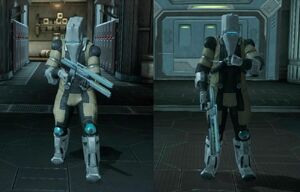 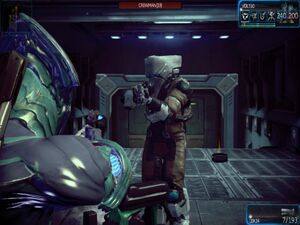 A Corpus Crewman. (Prior to Open Beta) 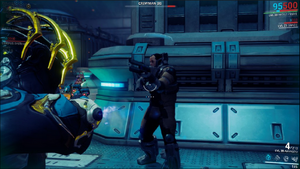 A Corpus Crewman without the helmet 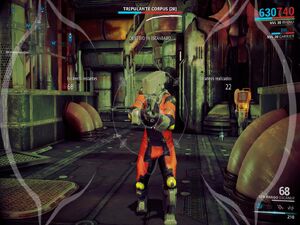 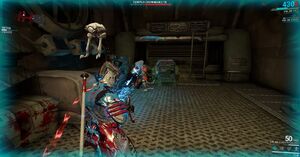 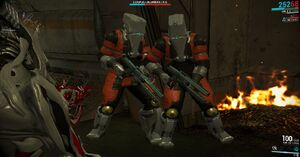 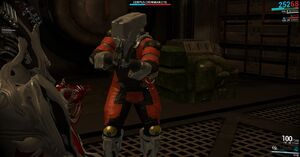 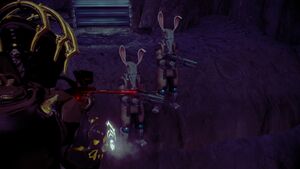 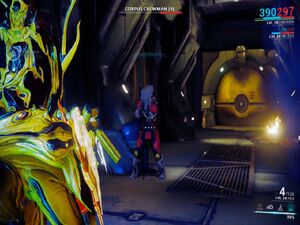 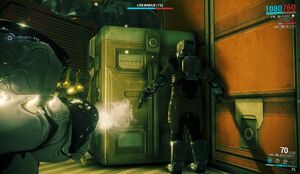 A Corpus Crewman glitching into a 'T-pose' model. 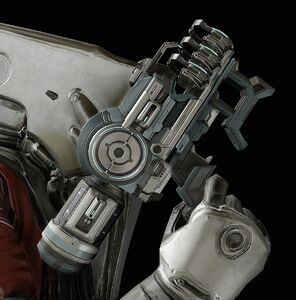 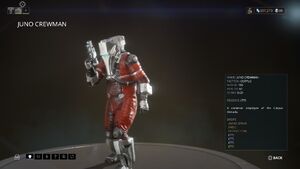 Juno Crewman as seen on the Codex