The Corrupted Lancer is essentially an Orokin-controlled Grineer Lancer. In comparison to regular Lancers, they have lower health but doubled armor, and wield a

Dera that fires golden bolts instead of the regular

Grakata that Lancers are given. Unusually, they also lack certain cosmetics in comparison to a normal Lancer, appearing more like Grineer Light Melee units (such as the Butcher or Powerfist). They can still throw plasma grenades just like regular Lancers. Corrupted Lancers are sent as a syndicate death squad by Arbiters of Hexis. They are undeniably the most prevalent unit in the Orokin Void but sadly not the least lethal. 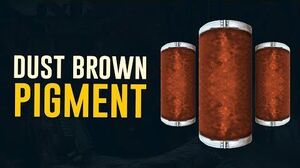 Retrieved from "https://warframe.fandom.com/wiki/Corrupted_Lancer?oldid=2150781"
Community content is available under CC-BY-SA unless otherwise noted.