Supra. They have a dangerously powerful burst fire which is only amplified with their high fire rate and short spin-up. They don't particularly have a lot of health compared to other heavy enemies, despite having over twice the health of a standard crewman at the same level. On the other hand, they will deploy Shield Ospreys to protect themselves and their fellow Corpus once their health is lowered enough, and can do so with a short cooldown time.

They will often break out of stunning effects to deploy Ospreys instantly unless they are killed with haste.

Even though they seem to have an armor helmet like other Corpus, the Tech's helmet doesn't seem to have any armor protection, therefore headshots make for a quick and simple solution. 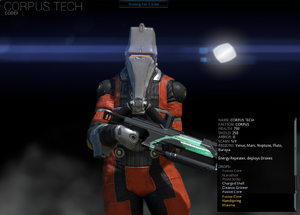 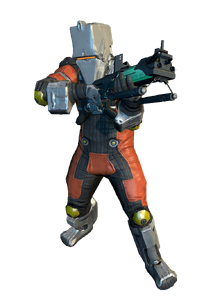 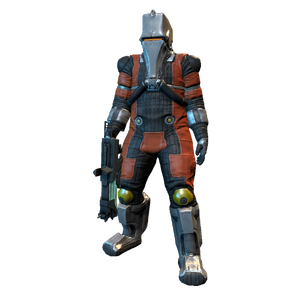 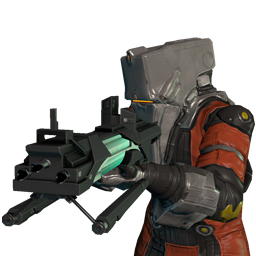 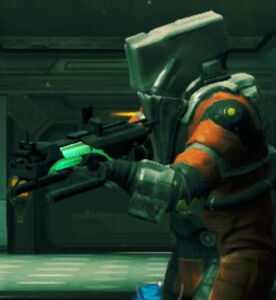 A closer look of the Tech and his Supra. 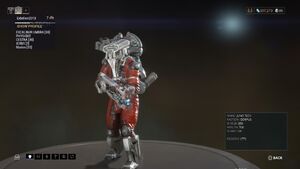 Juno Tech as seen on the Codex