“It's taking longer than I calculated.”
This page is actively being worked on and may not be completely correct. Please assist in making this page accurate.
More images needed

Corpus Ships are some of the greatest examples of Corpus technology and architecture, serving as mobile factories, cities, and fleet maintenance stations, as well as temples to their founder, Parvos Granum. Juno Corpus are the primary occupants of the set with other factions occasionally appearing during Invasions. The player will find the Corpus Security Cameras, Laser Barriers, and turrets among these sets with the standard Corpus lockers and destructible canisters.

There are at least three different classes of Corpus ships. The largest are the finned hammer-like models known as the Obelisk

, which is often used for orbital support and bombardment. The medium-sized double-hulled Stanchion

model also may be a warship. The Pillar

, are a smaller, more slender class sporting long holographic banners along their hulls; all these share the same tileset. Three different holograms of these ships can be found in the Energy Research Lab in the Clan Dojo, and the ships themselves can be seen and boarded as the main objectives in Corpus Railjack missions.

Treasurers are unique enemies that carry Granum Crowns in favor of Parvos Granum. However such pickups will only drop after completing The Deadlock Protocol Quest.

Unlocked after completing The Deadlock Protocol Quest, the Granum Void is a unique location that can only be accessed by spending Granum Crowns on Golden Hand Tributes located around the Corpus Ship. While inside this area, players will participate in a timed extermination mission against Errant Specters for additional mission rewards before being teleported out of the Void. Only one Granum Void attempt can be performed in a mission. If the Quest has not been completed yet, the Hands will be facing backward and no input will be given to access the Void.

Captured Solaris can be found hidden in tight maintenance corridors or in some rooms on the Corpus Ship. A Granum Crown can be spent to free these prisoners in return for Solaris United standing. 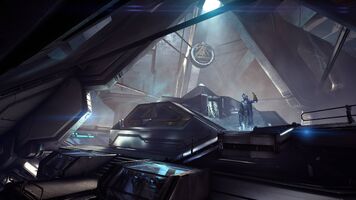 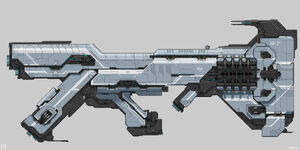 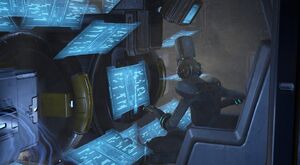 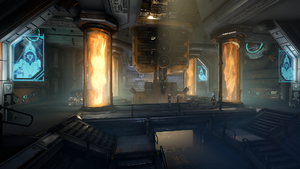 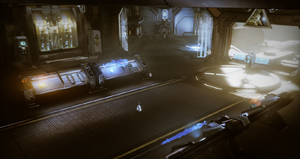 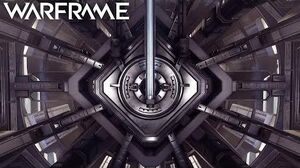 The entire Corpus fleet has been retrofitted and redeployed for service. Explore remastered levels, complete with shrines to the illustrious Parvos Granum, but beware of new dangers lurking aboard.

As you infiltrate Corpus vessels, fight enemies and generally interrupt the pursuit of Grofit, the Corpus will use every piece of their security arsenal to stop you. Be prepared for upgraded Turrets and such deadly reinforcements as mine-deploying Corpus Treasurers.

JACKAL REWORK Return to Fossa to face an upgraded threat. Equipped with a suite of the latest technology and upgraded combat capabilities, the Corpus have spent mind-boggling sums of Credits for the sole purpose of taking you out.

Experienced Tenno can enjoy seven days of Jackal Sorties following release, where you can take on the reworked Jackal in a high-level area!

Out of desperation to locate any last trace of the long-dead Founder, Nef Anyo has developed a way to open Void portals. Eudico believes they’ve been kidnapping Solaris to use as guinea pigs and needs your help to rescue them.

The portals are built through Golden Hand Tributes, a spot of profit-worship for faithful Corpus. By spending their Granum Crowns, a valuable manifestation of their devotion, the Corpus can open a rift and send expeditions to Void sites.

Thankfully, you can use these Granum Crowns to your advantage. Collect three tiers of Crowns from Treasurers in your Missions, each signifying a higher level of devotion than the last: Granum Crown, Exemplar Granum Crown, and Zenith Granum Crown. Use them to initiate challenges in Missions, search for Corpus Temple Reliefs or negotiate the release of Solaris prisoners in exchange for Standing.

Within every Corpus Ship Remastered mission you’ll encounter a Treasurer: A devoted follower of Parvos and all he stood for, willing to dedicate his life to be the keeper of the tokens of his esteem. The Treasurer is guaranteed to spawn within 2 - 4 minutes in a non-endless mission, and between 5 - 8 minutes in an endless mission. The level of your mission determines the tier of Crowns the Treasurer will possess. Handle him with haste before he escapes with his sacred tokens!

Granum Crowns can also be spent at the Corpus Temple Reliefs in Missions to learn more about the Founder. Each new story you acquire will earn you Relief Decorations for your Orbiter!