Update 23.6
CODEX
Hammer the enemy with this light-bodied heavy hitter. Featuring a double-action trigger that fires hard and fast.

Slash damage at the cost of fire rate. The weapon can fire one bullet at a time by first holding down the fire button, then releasing, allowing more precision shots and ammo conservation.

This weapon was introduced during the The Pyrus Project event. To receive the weapon, players have to complete all four tasks related to the reconstruction of the Strata Relay: contributing 30 Pyrus Essence and 5 Relay Strut Components, completing 1 Simaris Daily Synthesis Task, and defeating the Grustrag Three 3 times. The weapon comes with a free weapon slot and a pre-installed Orokin Catalyst. 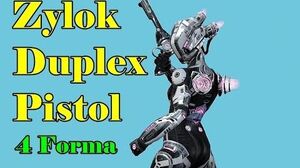 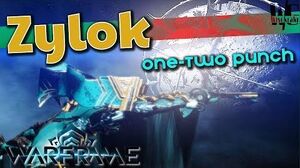 Retrieved from "https://warframe.fandom.com/wiki/Conclave:Zylok?oldid=1942461"
Community content is available under CC-BY-SA unless otherwise noted.