Vulkar Wraith
CODEX
Built by the Grineer for their elite troops, the Vulkar is a devastating distance weapon. In the right hands it is capable of taking down targets long before they get into attack range.

The Vulkar is a Grineer sniper rifle used by Grineer Ballistas. It mainly utilizes 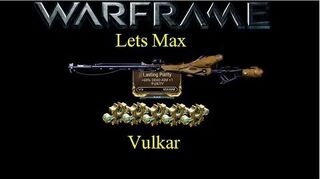 Retrieved from "https://warframe.fandom.com/wiki/Conclave:Vulkar?oldid=2132024"
Community content is available under CC-BY-SA unless otherwise noted.