Update 22.18
CODEX
Precise calibration, rapid trigger-pull and a steady hand all combine to bring down the hardiest prey on two legs or four.

The Veldt is a Tenno semi-automatic revolver rifle sporting high damage and accuracy, but has a fairly poor fire rate. It also possesses an adjustable zoom via Alternate Fire while aiming. 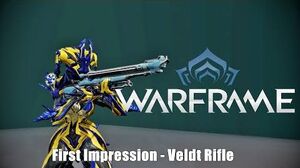 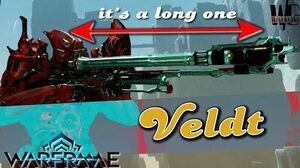