Update 18.0
CODEX
The claws of these tactical bombs dig into the target and explode on command.

The Talons are throwing bombs, functioning like throwing knives that stick to targets when thrown, dealing

Blast damage in a small radius when manually detonated via Alternate Fire.

The blueprint may be purchased from the Tenno Lab for 15,000

‍15,000, or pre-made with an inventory slot and pre-installed Orokin Catalyst from the Market for 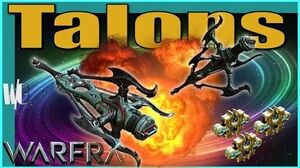 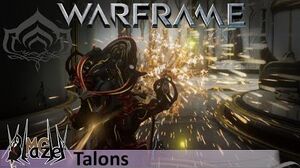 Warframe Weapon Overview Talons
Add a photo to this gallery

Retrieved from "https://warframe.fandom.com/wiki/Conclave:Talons?oldid=2017359"
Community content is available under CC-BY-SA unless otherwise noted.