Supra Vandal
CODEX
The Supra is a heavy laser gun with a short wind up time.

The Supra is a tri-barrel laser repeater of

Corpus design that is unlockable through Energy Lab Research in the Dojo. It is used by Corpus Techs and sometimes by Corpus Wardens throughout Corpus-controlled regions, and is effectively the Corpus equivalent of the 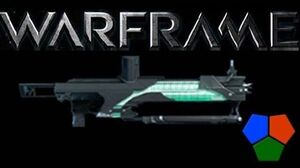 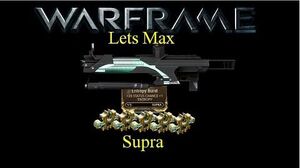 Retrieved from "https://warframe.fandom.com/wiki/Conclave:Supra?oldid=2159581"
Community content is available under CC-BY-SA unless otherwise noted.