The Staticor is a set of

Corpus gauntlets released in Hotfix 18.4.7, that is researched from the Energy Lab in the Clan Dojo. The Staticor fires fire-moving energy bolts when uncharged, that explode upon hitting a surface, an enemy, or simply traveling for enough time, dealing

Electricity damage in an area of effect. The weapon can also be charged to fire a slow-moving and powerful bolt with a much wider explosion radius. 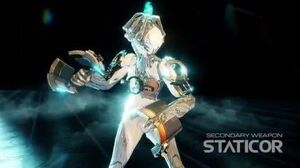 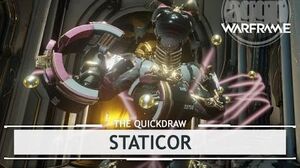 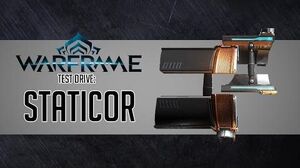 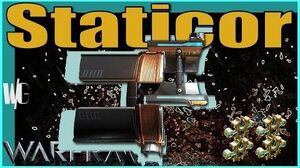 Retrieved from "https://warframe.fandom.com/wiki/Conclave:Staticor?oldid=2159579"
Community content is available under CC-BY-SA unless otherwise noted.