The Soma is a Tenno designed assault rifle with high accuracy and magazine capacity. It uses a large magazine to sustain fire but must wind up briefly to achieve its maximum fire rate. Though it may appear to have lackluster damage, the critical ratios make the Soma a deceivingly powerful rifle. Coupled with its high accuracy, the Soma is suitable for any distance engagement when fire is managed. 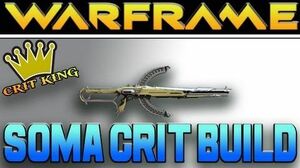 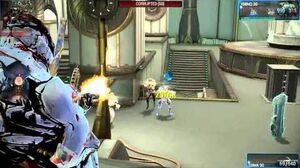 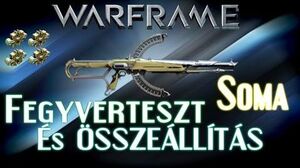 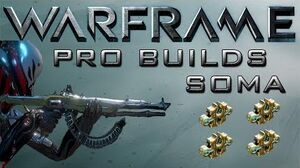 Retrieved from "https://warframe.fandom.com/wiki/Conclave:Soma?oldid=1920012"
Community content is available under CC-BY-SA unless otherwise noted.