The Skana is a standard issue sword for new Tenno recruits.

During the Vor's Prize tutorial prologue, the Skana is one of two melee weapons offered to the player, the other being the

The blueprint can also be purchased from the Market for 15,000 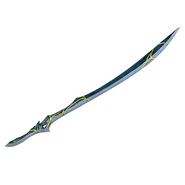 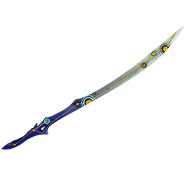 Retrieved from "https://warframe.fandom.com/wiki/Conclave:Skana?oldid=2034410"
Community content is available under CC-BY-SA unless otherwise noted.