Sicarus
CODEX
The Sicarus Prime is an ornamental firearm that fires rounds in rapid bursts, providing a balance between the lethality of auto-pistols and the accuracy of semi-automatic pistols.

The Sicarus Prime is an improved

Sicarus that sacrifices a small amount of its

Sicarus Prime was available from December 6 2016 to January 3 2017 as part of the Fire and Ice Prime Vault. 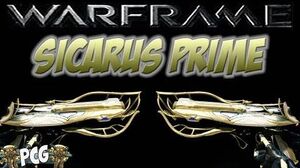 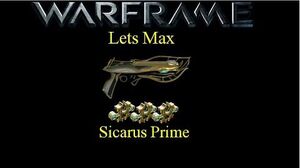 Hotfix: Specters of the Rail 2

Retrieved from "https://warframe.fandom.com/wiki/Conclave:Sicarus_Prime?oldid=1926290"
Community content is available under CC-BY-SA unless otherwise noted.