Scindo Prime
CODEX
The Scindo is a heavy war axe crafted by the Tenno. Reduced speed and agility is balanced by heavy, devastating strikes capable of connecting with multiple targets at once.

The Scindo is a war axe of the heavy blade category, boasting medium-range damage in its class and the slowest attack speed of all heavy blades. 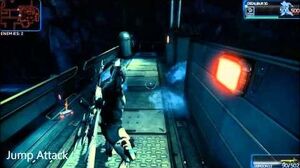 Retrieved from "https://warframe.fandom.com/wiki/Conclave:Scindo?oldid=2010256"
Community content is available under CC-BY-SA unless otherwise noted.