Update 14.0
CODEX
A master of illusion, Mirage confounds the enemy in a spectacle of style and power.

This is Mirage, a sly conjurer.

Do you believe in magic, Tenno? Mirage's deceiving influence on the battlefield might make you.

Mysterious and mischievous, Mirage manipulates the spectrum of light to dazzle her foes. With deceitful mirror images, colorful photokinetic displays and explosive pranks up her sleeves, every battlefield becomes the stage for her next performance. Mirage was unveiled in Update 14.0.

Component blueprints are awarded at the end of each mission for the Hidden Messages quest. The previously awarded component must be built to obtain the next components.

Additional blueprints can be bought from Cephalon Simaris for 50,000

See Category:Mirage Guides to read user-made guides on how to play this Warframe.

Update 22.7
CODEX
Dazzle the opposition with this golden master of illusion and mayhem.

"Oh, how you suffered to become this beast. Yet you laughed at me. Others writhed and raged in the vice, but you, you played the fool. And so it was, that you distorted my design.

The mere vapors of your life, shimmering still. Mirage." 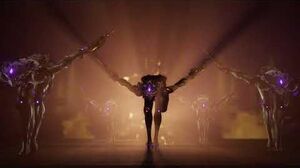 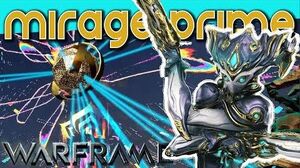 Mirage has an increased proficiency when rolling. 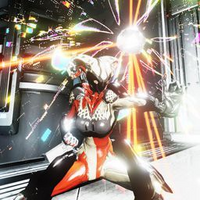 Prism in Conclave that causes the prism to follow above her.

Retrieved from "https://warframe.fandom.com/wiki/Conclave:Mirage?oldid=1735778"
Community content is available under CC-BY-SA unless otherwise noted.