Vanilla
CODEX
With full command of surrounding magnetic energy, Mag is an expert at enemy manipulation.

This is Mag, a force to be reckoned with.

Mag is a team player, Tenno, and a worthy addition to any squad.

Mag is a Warframe based on magnetic force. She boasts high shield strength in exchange for reduced health, and her abilities make her a potent medium for crowd control and manipulation. She is one of three starter options for new players.

Mag's component blueprints are acquired from The Sergeant (Iliad, Phobos). Mag can also be bought complete from Teshin for 60,000

I awoke on the floor, the sting of crisping flesh on my face and side. It was standing over me, the wings gone. I heard the cracking of weapons echoing down the corridor. Maybe the mission would be saved, but I was dying and so I waved my hand to send it away. I felt a pistol thrust in my hand as I was heaved to my feet. The angel had saved me, pulled me from hell, but it would not pity me. I was to die on my feet, by its side. I turned my good side toward the gunfire and raised the gun. It nodded, its outstretched metal hand surging and pulsing in ancient shapes as blue shimmered around me. It turned, drawing its blade and together we surged headlong into the hailstorm of death and fire that awaited us.

Mag Prime is the Primed variant of

Mag, possessing increased health and energy, as well as an additional

polarity. Mag Prime was released alongside

Mag pulls nearby health and energy orbs and Oro towards her when Bullet Jumping. 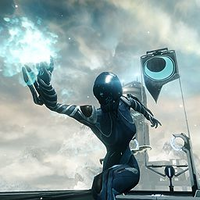 Sapping Reach is a Warframe Augment Mod for

Pull in Conclave that steals energy from an opponent. 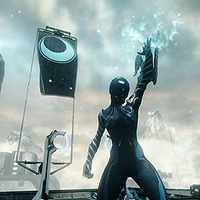 Shield Overload is a Conclave-exclusive Warframe Augment Mod for

Polarize that increases the time for an opponent's shields to begin recharging when hit.

Retrieved from "https://warframe.fandom.com/wiki/Conclave:Mag?oldid=1732849"
Community content is available under CC-BY-SA unless otherwise noted.