Latron
Latron Prime
CODEX
The Latron Wraith is a powerful variation of the standard, semi-automatic rifle that features unique styling.

The Latron Wraith is the Wraith version of the

This weapon was awarded during the Operation: Cryotic Front event to players who extracted 3000 Cryotic in a single mission, complete with a free weapon slot and a pre-installed Orokin Catalyst.

The blueprint and parts were formerly a reward from the Eighth Season of Sorties; they can now be found as an Invasion reward. All components can be traded, although players must have a Mastery Rank of at least 7 to acquire the blueprint. 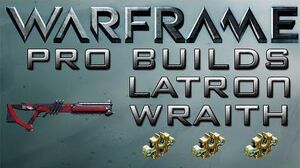 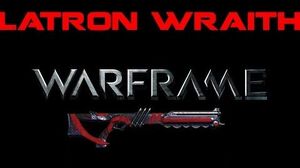 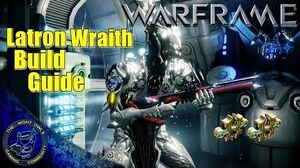 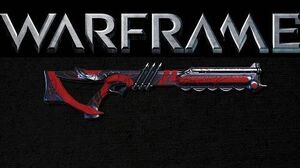 Retrieved from "https://warframe.fandom.com/wiki/Conclave:Latron_Wraith?oldid=1969997"
Community content is available under CC-BY-SA unless otherwise noted.