Lancer (During Tutorial and Vor's Prize)

The Lato is a standard issue pistol for new Tenno recruits. While its damage suffers, its good accuracy and stability as well as fast reload allows easy handling of the weapon.

‍2,500, it is also a requisite ingredient for

During the Vor's Prize tutorial prologue, the Lato is one of two secondary weapons offered to the player, the other being the

The weapon can also be purchased from the Market for 10,000 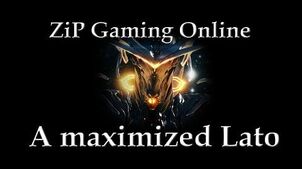 A maximized Lato
Add a photo to this gallery 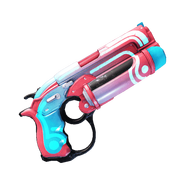 Retrieved from "https://warframe.fandom.com/wiki/Conclave:Lato?oldid=2129090"
Community content is available under CC-BY-SA unless otherwise noted.