The Jat Kusar is a Grineer Blade and Whip with rocket boosters attached, giving it innate

Heat damage. This weapon was originally based off a fan design which Digital Extremes incorporated into the game. 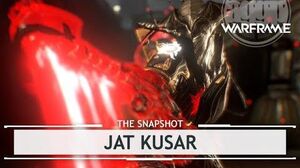 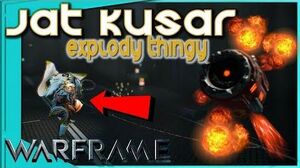 Warframe - JAT KUSAR - Blade and Explody Thingy!!!
Add a photo to this gallery
Retrieved from "https://warframe.fandom.com/wiki/Conclave:Jat_Kusar?oldid=1932166"
Community content is available under CC-BY-SA unless otherwise noted.